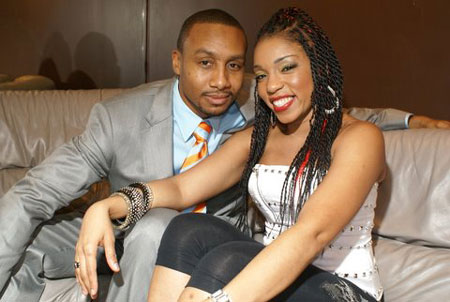 The versatile vocalist, songwriter and performer did not disappoint the packed Manhattan venue. Without her Atlantik band and joined by only two of her dancers, Destra drove the crowd into a bacchanal frenzy.  With rags, flags and shirts waving in the air, she thrilled them with her soca staples like "Carnival" and "Bonnie & Clyde," and new hits from the album, including the title track "Hott," and "Bacchanal."

HOTT is a brilliant introduction to who Destra is, for those who are unfamiliar with her, and is a must-have addition to the 'Destra' collection for
fans and soca-lovers everywhere. "I think this album shows growth as a performing artist - a combination of my musical styles and versatility - past, present and future," discloses soca's ultimate female ambassador. Boasting 10 sizzling tracks, HOTT is poised to take soca fans by storm as Destra brings this indigenous sound of the southern Caribbean to music aficionados around the world.

She will first hit the masses at the Best of the Best concert in Miami in May, where she'll share the stage with Rick Ross and T-Pain, and represent as the only soca act on the dancehall/hip-hop bill. Her tour dates for the summer include stops to celebrate Caribana in Toronto, Crop Over in Barbados, and Notting Hill Carnival in London, just to name a few of the world's biggest music festivals.

While in New York, Destra met with members of the media, including TRACE TV, was featured on Irie Jam Radio and on New York's urban mainstream giant HOT97, with Jabba, D Life and Bobby Konders. She also headlined at PACE University last Friday, then shocked the crowd at Caribbean Fridays at Club Element with an impromptu performance.

Celebrating 10 years in the business, Destra revealed she is ready to move forward, accepting new challenges with the aid of musical skills already acquired. And if this album celebration proved anything, it is that Destra's fans are ready to join her journey, wherever she goes. The club was filled to capacity hours before she hit the stage at 3am, and promoters say they had to turn away almost 500 people. "This is the best experience I've had in New York, in all the years I've been coming here," stated an exorbitant Destra, following her rousing showcase. "From the sold-out crowd in the club to the radio interviews and meeting with the media and fans, it definitely was my best trip here."

For those who missed the soca queen in action, she will be back in New York in late May. Tune in to her new singles and tour dates by visiting www.myspace.com/officialdestragarcia or www.mydestra.com.

Log on to www.upscalecrowd.com to stay updated on more exciting events, brought to you by Upscale Crowd Entertainment and Caribbean Fuse.