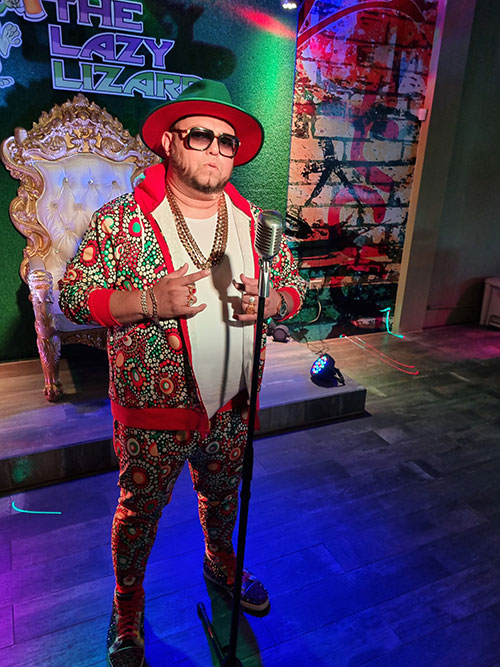 Port-of-Spain, Trinidad. Monday, October 11th, 2021 -- A world without entertainment would be so dull. In the past two years, Trinidad and Tobago in particular, has experienced an entertainment drought as Covid-19 restrictions forced the abrupt and strongly enforced government shut down of an industry that fuels economic livelihood for countless people.
David Adams, the elder brother of entertainer, Mr. Renzo, says, much like everyone else, he too has been affected. He’s been an artist manager for some time, managing his brother’s career since 2000. Now, having embarked on a music career of his own a few years ago, the Venezuela born act, who’s created the perfect character alias in , is bent on infiltrating the global entertainment scene in a way that others may not have thought of.

“This is music for the world,” said David on the release of his new single, ‘Straight Forward’. The track comes complete with a spanking new music video and is collaboratively sung with reggaeton artist, Jeico- a fellow Venezuelan. “He doesn’t speak English; this is pure reggaeton,” said Adams. This fact adds to the undiluted authenticity of the track. For Adams, the creation of a stage and digital character was necessary, since, off stage, in business mode, his personality is somewhat rigid. “This character, Gustavo, is full of himself,” admits Adams, as he speaks of the alter ego he shares his image with. Gustavo, according to the team behind Adams, is suave and chilled, but so sure of himself that he is undeterred by anything that may take place around him. “He’s truly something to see,” said Adams with a smirk.

Alter-egos aren’t uncommon in the entertainment industry, after all, right here in the Caribbean we’ve been met with Destra’s Lucy and Fay Ann Lyon’s Silver Surfer characters. In the United States, Sasha Fierce often makes her presence felt when Beyonce hits the stage. For David Adams, Gustavo is the stage personality he sometimes wishes he could be on a daily basis. 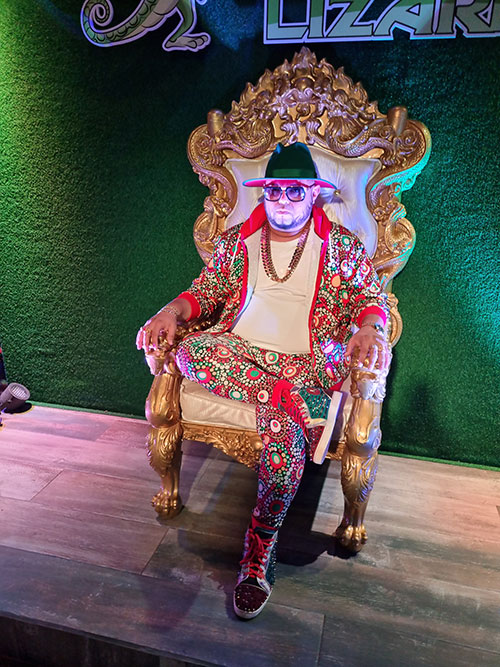 A national of Venezuela who migrated to Trinidad at a young age, Adams understands the tumultuous situation that Venezuelans continue to grapple with. He says there is no economy there and with that comes spiraling crime that has proven uncontrollable. Trinidad his home, he says he does not feel the same will take place in the twin island nation, explaining that once relations with the United States are maintained and there are no trade embargos placed on a country, it is highly unlikely that citizens of that country will see anything remotely close to what has been playing out in Venezuela. Adams is not ignorant to problems faced by people around the world and believes music is very important amid the current climate that everyone is now facing. "Music is part of our happiness and it’s very necessary. When you have stress, you have ailments and so music is really important. I pray for us to come out of this situation. In the US events are going on now, and I believe vaccination is a personal choice that we all, as individuals, have to decide upon,” he said.

The new single, ‘Straight Forward’, was produced by Prince Pronto of Tyrpp Records and written collaboratively by Pronto, Rheone Elbourne, Jazeel Christopher, Gustavo and Jeico. Visuals for the track are now available on YouTube, with streaming accessible via all streaming platforms.