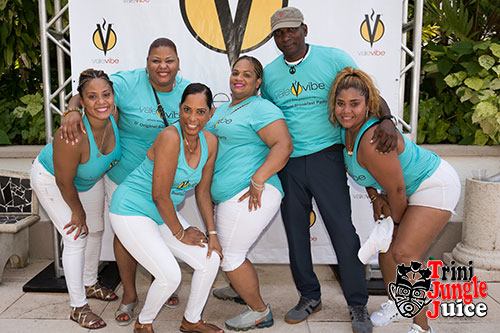 If there is one party that I do without fail during Miami Carnival it is the ValeVibe Breakfast fete, affectionately known as, “Vale.”  I do Vale every year because Vale never disappoints and this year was no different.
Nestled in between downtown Miami and South Beach, the location of the breakfast fete is at Parrot Jungle and at a superb spot which is right between Fort Lauderdale and South Miami for all persons to get to. This year Vale did not disappoint.  As usual the breakfast was superb but this year they made special accommodations for those who are vegetarians and vegan as they had a separate line and area for the doubles, corn soup and other vegetarian and vegan options.  The rest of the food was on point as usual as there was jerk chicken, bacon, eggs, fruit, croissants, muffins, potatoes, coffee and tea.
As usual, I reached early and ate until my belly buss and then got to the business of fetting. 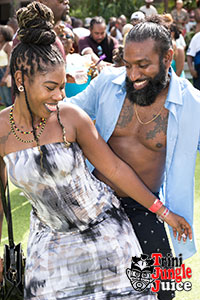 So, even though I go every year, here are some things that changed.
1) The breakfast location was moved from downstairs to upstairs. This was a great move because psychologically it put people in the mindset of going up to the balcony to take a break and understanding when they were downstairs it was time to party. In previous years, the eating area would be downstairs and people would sit and lime downstairs and it had a different effect on the party. Not a bad one but this year’s move to put the breakfast upstairs definitely was a good one.
2) The whole courtyard was padded in turf which was very nice. It gave the place a very elegant and fresh green look and feel.
3) The riddim section was directly by the stage, performers and DJs. In years’ prior the placement was random and sometimes the riddim section was all the way in the back of the fete. This allowed the DJs and performers to work and perform in tandem with the riddim section which is always a treat and it was noticeably much more harmonic and not as cacophonous in the fete.
The artists that performed this year were Iwer George and Mr. Legz. And as usual, and in Vale style, the water hose came out and it turned into a wet fete and Iwer George led the charge with his staple song “Take A Bathe.”

All in all, I left Vale feeling emotionally fulfilled.  After not fetting in a long time and seeing my friends I felt.... well... hell, I felt GOOD.

In closing, the major reasons that I really love Vale are the professionalism and the consistency. They product is consistently good and the people and staff are professional. Very.   And they are nice. I’ve had years when I’ve had ticket issues, media credential issues, and other questions and concerns and things are handled professionally, rapidly and nicely.  And I don’t always get what I ask for but I’m always handled professionally. And the food is impeccable. 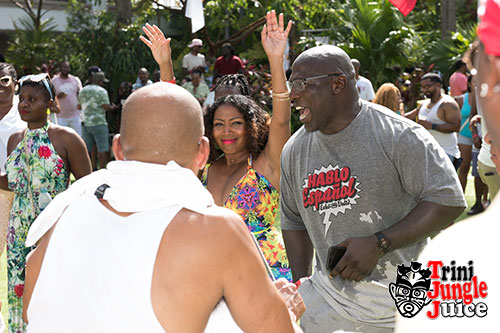 The only complaint that I got was that it was not all-inclusive but I don’t drink so it didn’t bother me and it did not look like it had a poor effect on the party.