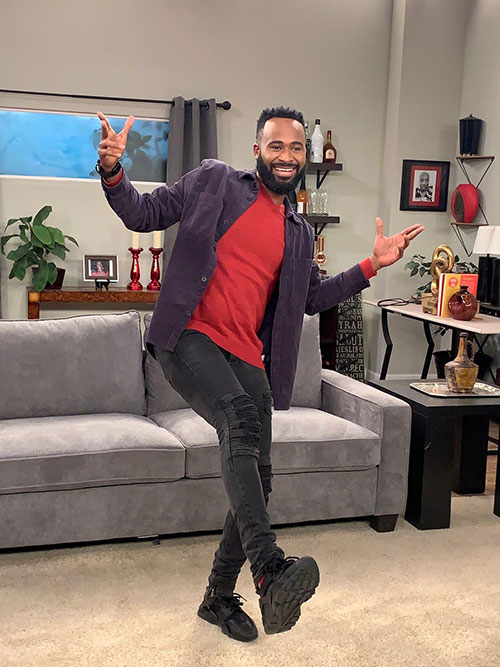 PORT OF SPAIN. 23. November 2021. After 30 successful years in comedy television, the producer behind classic hits such as 'The Jaime Foxx Show' starring Jaime Foxx and Garcelle Beauvais, 'Martin' featuring Martin Lawrence and Tisha Campbell and ‘Love That Girl’, starring Tatiana Ali (Fresh Prince of Bel Air), will be creating a brand new, Caribbean-themed comedy series featuring a mix of actors and star personalities from the region.

Top Caribbean comedian and entertainer Rodell Cumberbatch more widely known as 'Ro'dey' broke the news in a morning show interview in Trinidad and Tobago media last week, announcing his involvement in the project and his trip to Los Angeles California along with other Caribbean personalities this November 2021 to shoot four episodes of the project entitled, 'House Out of Order'.

"It’s truly an honor to be casted for this new sitcom by Executive Director Bentley Evans," Ro'dey explained in an exclusive interview with Black Collar Creative.

"Getting the opportunity to work alongside a team of people who enjoy what they do just as much as I do is amazing, and being able to play a role that will highlight Trinidad and Tobago and Caribbean culture is a dream come true." 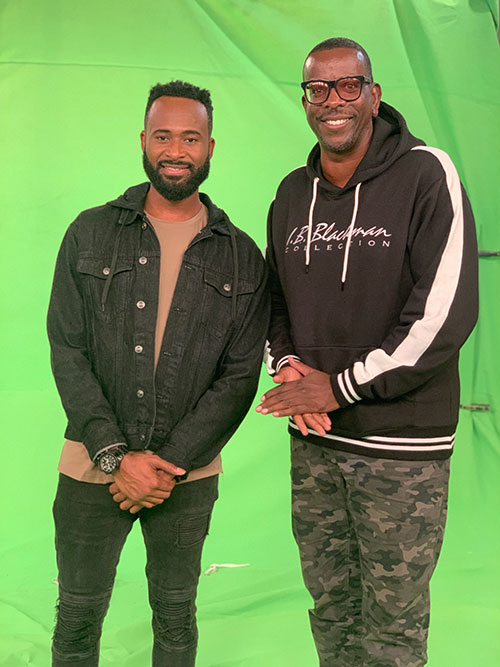 Photo: Rodell Cumberbatch and Executive Producer Bentley Evans
'House Out of Order' is a new comedy series from writer, producer and director Bentley Kyle Evans who has several classic, Black American situation comedies under his belt and who co-founded Harvest Studios for content creation - one of the only Black owned studios in the country. Recently, Evans reunited with ‘Best Actor’ Oscar winner Jamie Foxx to executive produce “Dad Stop Embarrassing Me”, another new situation comedy starring Jaime Foxx, which is currently on Netflix.

"House Out of Order is about ‘James’ and his ex-wife ‘Karyn’ who own a home together where they raise their teenage son, ‘Deon’," shared Evans in a remote interview. "After getting a divorce, both of them refuse to move out. James moves his new wife ‘Lisa’ in, so Karyn moves her nosey mom in to spite him," he said as he explained the show’s theme.

Evans has two number one comedy series records for 2021. The first is “Millennials” on AMC Network’s streaming service ALLBLK, which is the number one show in the history of the network. “Dad Stop Embarrassing Me” with Jaime Foxx is the second, and is also the number one comedy series in the world as reported by Netflix. 'House Out of Order' will be available on National Black Television (NBT), stationed on Flow cable.

"NBT is excited about creating more Caribbean content so we felt it was important to have authentic, talented and entertaining stars," confirmed Evans as he revealed the general growing interest in Caribbean stories and content.

One of the key ingredients of the trend toward working more closely with Caribbean stories, is the importance of using talent and actors from the region and the Caribbean diaspora.

"Our team on the ground in Trinidad showed us Ro'dey's work and we were impressed. He has a lot of talent and casting him will take this show to a higher level," said Evans. "(He) is playing ‘Xavier’, James' good friend. He's super smart with a Masters degree from Howard. He has a hustler’s mentality and hates working for people." 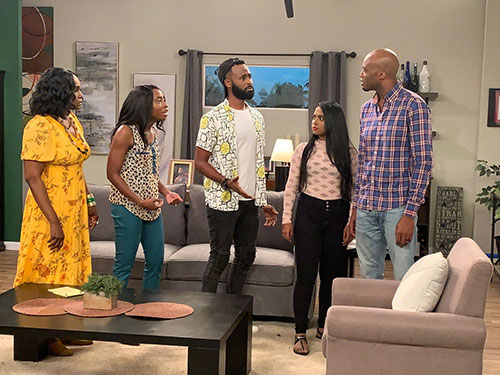 Photo: A scene from the set of House Out of Order. Ro'dey in white at center.
Ro’dey is considered one of the top rising star comedians in the Caribbean, embracing the reach and flexibility of digital media as his main platform and making full use of his background in video production to create his content. As the CEO of his own production company, Blu Moon Productions, his skills in photography and videography have earned him critical acclaim in both film and staged theatre. He has also earned the title of “the one-man theater company” as the creator, writer, producer, and actor of his social media comedy sketches.

Since his start in 2015, Ro’dey has developed over twenty (20) characters that appear in these sketches - all played by him - entertaining over .5M of his fans online, both internationally and locally.  With his witty use of light-hearted satire, his work touches on relationships and other everyday issues to capture the heart of his fans.

In 2019, he expanded his reach to national television with the creation of 'The Ro'dey Show". The show features twelve, thirty-minute episodes and is now streaming on Pavilion’s newly launched streaming platform Pavilion+ available on the Roku Channel for international audiences in US, UK, and Canada.

"I got the role based on the body of work the directors saw on my social media. The years of sketches and theater work landed me this role. I feel like God has been preparing me for this and I'm nothing less than excited and ready for this new venture."

"I have been definitely reading through the script looking and feeling out the character, but I think once I meet the rest of the cast members everything will evolve naturally. I stay doing my short sketches every week consistently too, and that helps keep me sharp."

A launch event for ‘House Out of Order’ to Caribbean and international audiences will take place on a Caribbean Night scheduled for January 2022. The launch will include the broadcast of a series of sitcoms starring Caribbean actors on NBT/Flow.
----