Focus on the Talent and Market Soca. This Artist Says It's High Time for Change. 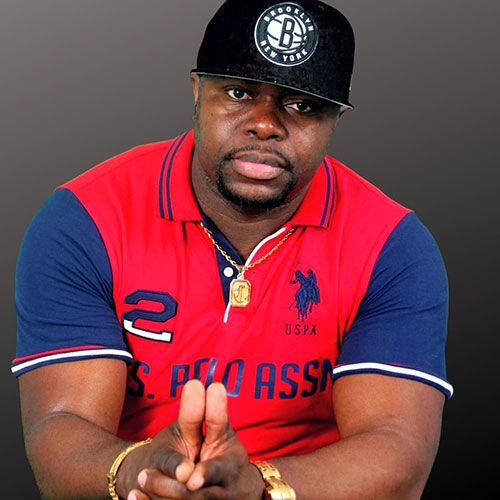 Port-of-Spain, Trinidad. January 12th, 2022 -- While the Covid-19 pandemic and its accompanying effects have placed a dark cloud over the Caribbean’s entertainment sector, it has proven to be an opportune time for artistes who’ve been yearning to make a breakthrough. One Tobago native who’s been boosting his credentials in the field of entertainment, is bent on making a mark this year, and even with no talk of carnival 2022, he’s releasing a single that’s likely to make Soca fans everywhere, sweat.
Carlon Denoon is DJ Simlple C. He’s been a part of the entertainment landscape in Trinidad and Tobago for over two decades. In 2016, Denoon said he awoke thinking he’d been in a dream and immediately began writing music. Out of that unusual experience and now equipped with a gift he had no prior knowledge of, he wrote and recorded a single called, ‘Talk.’ From that time to now, DJ Simple C has recorded over a dozen singles, adding to the pool of dancehall and soca tracks that are released in the Caribbean. “From 2016 onward, the ideas and concepts for music have never stopped. “I met with Jabz Music and he worked with me to release two songs- ‘All Hands on Deck’ and ‘Combination Wine.’ He helped me understand how to craft my songs and continue writing music, and from there, I started penning all of my songs,” he explained. He notes that well-known DJ and music producer, Shot Master J was also the first producer he had ever worked with.

Between 2016 and 2020, the Speyside native has consistently released music. An inspirational Soca track called, ‘Thank You Lord,’ was delivered in 2021 and for the first time, he released a music video to accompany it. The song paid tribute to the God who’d blessed the simple entertainer with a gift he could not deny. “Most of my inspiration comes from above. If I hear a beat, the ideas come to me and I can pen a song in an hour. It’s a sort of gift I’ve discovered,” he affirmed. Simple C says he knows he’s meant to use his gift to the best of his ability and that’s exactly what he plans to continue doing.

The new track, ‘Loose’ was produced at Supreme Studios, with mixing done by Shot Master J and the song’s mastering done by Madmen Productions. It’s a song that accepts the restrictions of present day and holds fast to responsible enjoyment, all with the music and lyrics that any fetter would enjoy. “It’s all about encouraging people to have fun among themselves, within the confinement of their personal space, and in obedience to the health regulations,” said Simple C. He maintains that no matter what, safety and preservation of life is of the utmost importance.

Separately, Denoon expressed a desire to see adjustments made that would allow for more inclusivity in the music business. “I believe there are very talented people within Trinidad and Tobago and for some reason or another, they are being stifled or being left behind based on how the system is set up,” he said.

His words echo the sentiments of countless others who have, time and time again, begged for change. “Particularly in the carnival season, based on how the radio stations and DJs operate, many people with immense talent, have continuously been left behind,” he said. Hopeful that his words will be heard by those who have the power to create change, Simple C said, “I believe a better approach, and greater emphasis should be placed on the culture as a whole, and not just any one artist. We should try to get the talent, and market Soca music as a whole, to the world; not just a handful of big artistes being pushed, and the others keep falling through the cracks,” he advised.

For now, with his focus in tact and his gift being used to uplift others, the Tobago born entertainer is setting his trajectory and making his moves the best way he knows how, with hopes of the best possible outcome.

DJ Simple C is Carlon Denoon. He was born and raised in Speyside, Tobago, however he now resides in Trinidad. Mr. Denoon is a police officer by profession. As DJ Simple C, Denoon has proven himself to be a qualified Disc Jockey, working alongside music and voice over professionals at various events and concerts, over the years, as well as manning on air shifts at Radio Tambrin, in Tobago.