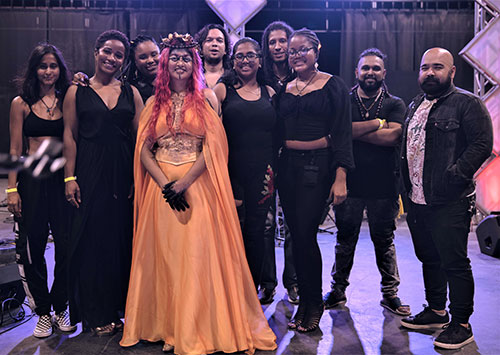 Photo: Alethea is grateful to all the artistes, musicians and the dedicated FemCoreTour production team.
POS, Trinidad (Sonique Solutions) – Trinbagonian singer-songwriter, instrumentalist, composer and Pop/Rock performer Alethea Beharry looks back at her recently concluded 2022 FemCore Tour experience with a genuine feeling of gratitude for goals achieved and lessons learned. She now looks to the future with enthusiasm to contribute even more through her talents and event promotion capabilities.
The FemCore Tour, a series of live music events which took place at various performance spaces around T&T during the months of July and August, featured a talented all-female collective of homegrown Trinidad & Tobago Pop/Rock artistes and musicians.

Not only did the FemCore Tour achieve its objectives of elevating Trini/Caribbean Rock and Pop music and uplifting and supporting musically gifted female performers, but it also positively highlighted other marginalized communities via its Pride Show as well as its benefit concert, a philanthropic effort to raise funds for the medical expenses of an ailing child.

Alethea shared, “It has been over 2 months and I still get messages of praise and amazement from fans and other fellow musicians who attended. Every show featured something new exciting; new fans were made, more artistes and their music were discovered and most importantly everyone had fun celebrating great music with great people. Overall, FemCore 2022 was truly an amazing experience for me both an as artiste and first time promoter.” 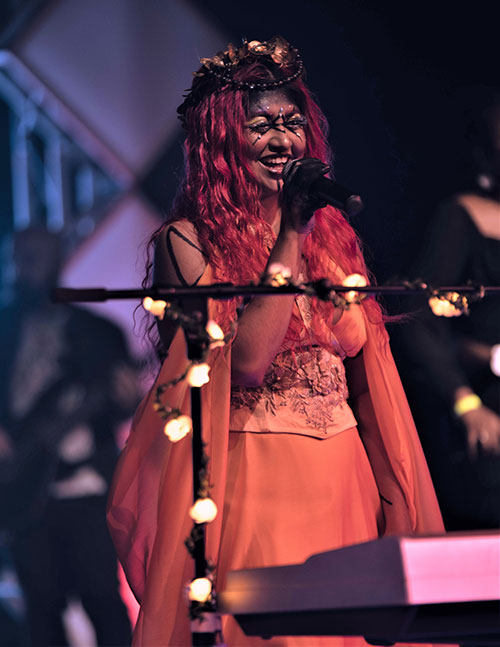 Photo: Alethea now looks to the future with enthusiasm to contribute even more through her talents and event promotion capabilities.
Although the tour did not hit all of its marks for its 2022 edition, Alethea is thankful for all of the experience and industry insights she has gained as an organizer and appreciatively acknowledges all of her sponsors and supporters which made the events fruitful and impactful.

Since the tour’s conclusion, Alethea who is also a music teacher has performed at various corporate functions, the Miss Universe T&T Coronation Ceremony and will soon lend her talents to the major concert ‘Christmas Joy: The Magic Returns” at Queens Hall in November by long-time colleague and friend Brian MacFarlane. She remains true to her passion, i.e. the music and eagerly anticipates upcoming events, projects and possibilities.

She confidently stated, “At the end of the day, I do what I do because it makes me abundantly happy and self-fulfilled. Music is the only creative channel that allows me to truly set myself free and I will always live by that standard. I look forward to embracing what’s in store for me for the rest of the year and to being even better.”