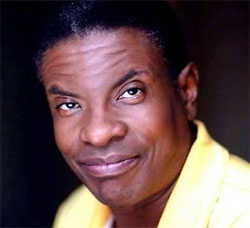 Popular entertainer and multiple Emmy Award winning actor Keith David will be serving as special guest host for the 13th Annual St. Kitts Music Festival, which will take place on the island from June 25-27, 2009.

A distinguished film, television and voice-over actor, Keith David's career spans three decades and more than 75 films as well as numerous TV episodes. He is globally recognized for his live action roles in Oliver Stone's Oscar-winning film, Platoon, as well as in John Carpenter's The Thing and They Live. The multi-talented actor has also appeared in such popular films as Armageddon, There's Something About Mary, Pitch Black, Road House, Marked for Death and Spike Lee's Clockers, to name a few.

“I look forward to visiting the Caribbean home of my ancestors for this year's St. Kitts Music Festival,” said Keith David. “I hope that many visitors will join me on the island of St. Kitts, because I understand that the St. Kitts Music Festival is very special. I enjoyed my first visit to St Kitts two years ago and am looking forward to returning. The people of St. Kitts are gracious and welcoming to visitors and I am proud of my connection to the Caribbean islands. As special guest host for this year's Music Festival, I expect to enjoy a great weekend on the island of St. Kitts.”

His deep and distinctive voice has earned him two Emmy Awards, one for his narration of the widely praised Ken Burns documentary, The War, which aired on PBS, and a second for his narration of the documentary, Unforgivable Blackness: The Jack Johnson Story. A Juilliard graduate, Keith has also lent his irrefutable vocal talent to Broadway, where he earned a Tony Award nomination for his performance in the musical, Jelly's Last Jam. In addition, he was honored with a Bistro Award from Backstage, which recognizes outstanding achievements in cabaret, for his performance of Nat King Cole: A Knight of Romance.

His credits further include voicing the title character in Spawn and Goliath in Gargoyles for these animated TV series and most recently the Cat in Coraline. Keith David is also the voice of Dr. Facilier in Disney's new animated film, The Princess and the Frog, which is scheduled for wide release on December 11, 2009.

“It will be our pleasure to welcome Keith David back home to St. Kitts to be a part of the St. Kitts Music Festival,” said Senator Ricky Skerritt, Minister responsible for Tourism, Sports & Culture. “His famously recognizable voice, passion for music and Kittitian roots make him the ideal host for our Festival which will feature top-selling international musicians as well as outstanding local and Caribbean acts. Keith David's special appearance combined with the variety of musical styles and family friendly street festival type ambience will certainly make this year's St. Kitts Music Festival a uniquely memorable experience.” 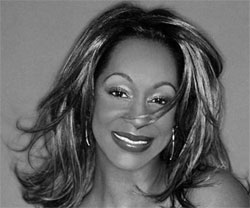 Regina Belle and Mavado have already been confirmed as part of the line-up for the three day event. Other artistes on the bill include Beres Hammond, Stephen Marley, Burning Spear, KC & The Sunshine Band, and T-Pain.

Music lovers from the US and Canada who are looking for a great vacation can get to St. Kitts via non-stop service on American Airlines from New York (JFK) or Miami, on Delta Air Lines from Atlanta, and on US Airways from Charlotte as well as via connecting service through San Juan on American Eagle or via flights on regional carrier Liat from Antigua.

Tickets to the 13th Annual St. Kitts Music Festival are US $50.00 per person, per night and will soon be available for purchase at www.stkittsmusicfestival.com.