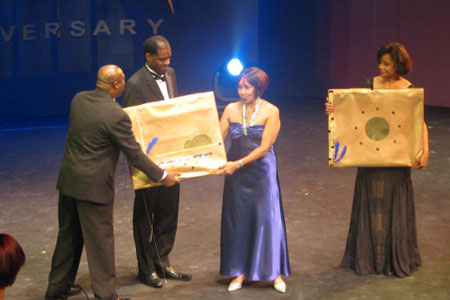 June 17, 2009 (PORT OF SPAIN, TRINIDAD & TOBAGO): On June 3, the Marionettes Chorale's two founding directors, Jocelyn Pierre and June Williams-Thorne, were among the artists who were given awards for their outstanding contribution to culture during the Queen's Hall 50th Anniversary Awards Gala, along with Gretta Taylor, who took the helm in 1974 and has led the group ever since. It was a fitting moment as the choir celebrated with Queen's Hall, the place that has been the venue for virtually all of the Marionettes' season productions over its 45-year history.

Indeed, the choir returns to Queen's Hall this July 10-12 with the support of bpTT- the choir's sponsor for 37 years - for a memorable programme of popular classics, calypso, opera, Broadway and more.

Gretta Taylor (Artistic Director and Conductor), Susan Dore (Assistant Musical Director), and Joanne Mendes (Secretary and Production Manager), this year also celebrate 35 years at the managerial helm. Joanne is a founder member of the choir, while Gretta and Susan joined soon after the its formation in 1964. With the unstinting support of long-time sponsors bpTT, the three now direct the choir with the help of a multi-generational organising committee. 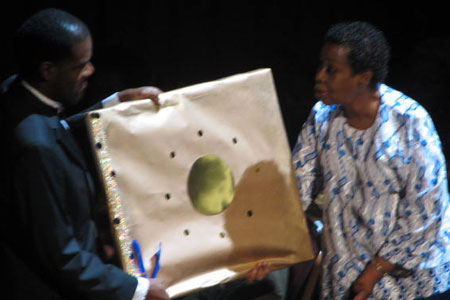 For Taylor, directing the Marionettes came as something of a shock. "I never had a solo voice and was always happy being a backline singer. Really, the directorship was thrust on me. I did not seek it." She came from a household that celebrated music of all kinds, from classics to calypso: each member of the family sang, played an instrument, or both. Taylor remembers: "On the one hand I loved the Brandenburg concertos, yet on the other, Lord Melody was my hero!" Decades later, she can still give her unique rendition of Lord Melo's classic, "Mama, Look a Boo Boo" without missing a beat. She has performed and composed many a prize-winning calypso, a side of her of which few are aware.

Gretta's father, the late Dr. A.G. Francis (Chaconia Medal Gold), was a legendary diagnostician, sportsman and social worker, who devoted his life to serving the community. Like him, Gretta has spent her entire musical and professional career in the public service, despite having been pegged by her music instructors at the University of Toronto as a professional concert pianist. She excelled for years in the piano classes at the Trinidad & Tobago Music Festival, winning the Norah Grant Trophy and Trinidad Guardian Cup on several occasions (some with long-time friend and Marionettes colleague, Susan Dore). After their successes, she and Dore retired from the Music Festival competitions. Four years later, in 1980, she withdrew the Marionettes, unbeaten, from festival competition and turned her sights to international tours, bringing home four prizes in the 1980s and 1990s. 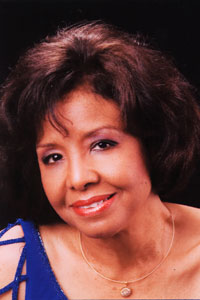 A University of Toronto graduate with a postgraduate degree in Languages and a Diploma in Education, Taylor taught languages from forms one to six at St. Joseph's Convent in Port of Spain for almost 30 years before retiring in 1994.  There she also directed the school's senior, intermediate and junior choirs for 13 years, during which time the senior choir and its members consistently won top prizes at the Music Festival for solo, ensemble and choral singing, including the Prime Minister's Trophy for the Most Outstanding Junior Choir of the festival. She also led the choir, combined with St. Mary's College, to the Youth Choral & Dance Festival in Vienna. In 2005, she was inducted into the St. Joseph's Convent's Hall of Excellence.

Beyond her work with St. Joseph's Convent and the Marionettes, Taylor has judged the National Calypso Monarch Finals (both junior and senior), the T&T Music Festival mini preliminaries, and the popular Teen Talent and Twelve & Under TV contests, as well as many other youth achievement competitions. After her retirement she directed the Maria Regina choir from 1994 to 2004, and later assisted the successful Sacred Heart Girls choir in is its preparation for the Music Festival.

Since assuming the leadership of the Marionettes in 1974, Taylor has produced and directed at least two full-scale musical productions a year, each running for up to six nights, as well as many other concert appearances and fundraisers, and has taken the chorale on five memorable overseas tours to Great Britain, Costa Rica, and the United States. In 1990, Taylor was awarded the Humming Bird Medal Gold for her outstanding services to music and culture.

Taylor has developed and extended the Marionettes' range and repertoire substantially in her 35 years as musical director. They have tackled with great success major choral works never before performed in the Caribbean, often in a contemporary idiom unfamiliar to Caribbean audiences, and despite the absence of a conventional orchestra. Though for the choir's 45th anniversary concert July 10-12 at Queen's Hall, it will be joined by an orchestra which includes international string players, as well as the  regular steel pans, percussion, brass and woodwinds.

Taylor's rigorous choral training and high professional standards have made the Marionettes one of the most respected performing groups in the Caribbean. "We are extremely proud of our calypso and steelband traditions, and regularly adapt them for the choir," she says. "We also want to show both local and international audiences the vast range of talents and traditions that we have in the Caribbean. We want to move audiences with western choral music as well as with our own traditional music, and do both equally well in the same programme." 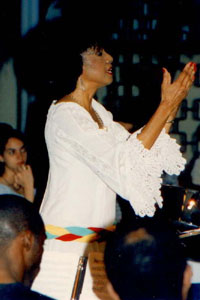 In 1995, the Marionettes Youth Chorale was formed in response to calls from parents and former students for a creative outlet for young people. Taylor has since trained the younger choir to share the stage with their adult counterparts, and to host and perform with international touring choirs and to produce their own full-length concerts. Many former Youth Chorale members are now singing in the adult choir (some perform with both choirs). The members range from scholarship winners to those who have never seen a musical score.

Taylor has the reputation of being an exacting vocal, choral and languages teacher who draws the very best from her students and choristers. She constantly reminds her students, particularly those with exceptional talent, that "from those to whom much is given, much is expected". She teaches that music is not just about performing: it is about giving, to each other and to local and international communities. Taylor has never taken a day's pay for her demanding role as Artistic Director. Her reward, she says, comes in seeing the spiritual benefits that artistic and creative outlets bring.

Ever the student and striving for perfection, Taylor has completed musical and conducting courses at the Hereford Summer School of Music (1986) and the Talbot Lampson School for Choral Conductors & Accompanists in London (1986 & 1987), where she won a special award. She is a member of the North American Choral Directors' Association, and regularly attends their biennial conventions, searching for new ways of improving the choirs' performance and repertoire.

"Our top priority is to do good music of every kind, and to do it as well as we possibly can," she says, "because we believe in it, and because good music can speak to us all in a profound way if we take the trouble to listen. It has the power to teach, and to heal."

--------
ABOUT THE MARIONETTES
Founded in 1964, incorporated as a nonprofit organisation in 2005, and sponsored by bpTT since 1972, the Marionettes Chorale is one of the Caribbean's most celebrated choirs, both at home and abroad.  In 1995, the Youth Chorale was formed, comprised of boys and girls from over thirty schools throughout Trinidad & Tobago who regularly share the stage with their senior counterparts. Led since 1974 by conductor Gretta Taylor, assistant musical director Susan Dore and secretary and founder member Joanne Mendes, the choirs mount two major productions a year, showcasing a repertoire ranging from European Renaissance to Caribbean Folk and Calypso.