Brother B launches his second album 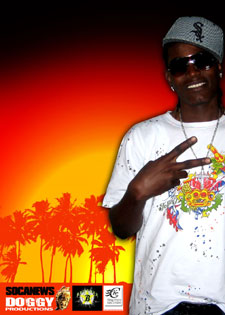 Fans were treated to a preview of his second album entitled ‘One step ahead’.  Some fans from the UK travelled early to carnival to attend the launch party, which took part at his hometown.  On this album Brother B worked alongside producers Jimmi King from King Beats Studios, Doggy from Doggy productions and White Wine a Canadian based artist and producer.

Brother B who turns 25 years this summer, collaborated with a host of artists including Jimmi King, Luni Sparks & Electrify and Vybz on this album.  Hit tracks include ‘Whola’, ‘You make me go’, ‘More Rum’, Pokena plus many more.

One step ahead will be available online via Itunes, Napster, Amazon, Specialist-events.com, faluma.com and all other main online retailers by the end of August 2009.

For more details on Brother B check out www.myspace.com/1brotherb & his Facebook fan page: Brother B.