By TJJ Office Mgr
Published on 26-Aug-09
Kingston, Jamaica -- August 26, 2009 -- Mighty Crown has invited Jamaican Reggae superstar Barrington Levy to perform at their colossal stadium show in Japan in September. Levy's performance marks a milestone in his career, as he has not performed in Japan for more than 20 years. On Saturday, September 5, 2009, more than 40,000 Japanese Reggae fans are slated to attend this sold-out showcase, featuring class act Barrington Levy, other top Reggae foundation artists and ... 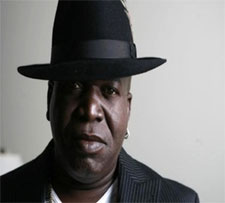 Kingston, Jamaica -- August 26, 2009 -- Mighty Crown has invited Jamaican Reggae superstar Barrington Levy to perform at their colossal stadium show in Japan in September. Levy's performance marks a milestone in his career, as he has not performed in Japan for more than 20 years. On Saturday, September 5, 2009, more than 40,000 Japanese Reggae fans are slated to attend this sold-out showcase, featuring class act Barrington Levy, other top Reggae foundation artists and leading Japanese Reggae acts. Mighty Crown’s epic stadium show, Yokohama Reggae SAI, is an annual concert to celebrate their anniversary.  Notably, Mighty Crown is celebrating 18 years in the business, although this is the 15th edition of the event.

Since the event's inception, Barrington Levy is the first Reggae artist to be advertised for the show in advance.  In the past, all Jamaican Reggae artists were billed as surprise guests. Despite Mighty Crown's willingness to announce Levy's performance, the team will not reveal the key foundation artist who will be accompanying "The Mellow Canary"  at this huge concert.

"Mighty Crown's stadium show is known for having big surprise Reggae artists," says Garfield "Chin" Bourne of Irish and Chin, Mighty Crown's Manager. "We wanted to partially honor that tradition........I will say that this surprise icon has one of the biggest Reggae songs of all times in Japan."

Despite not touching down in the 'Far East' for two decades, Barrington Levy is heralded among older Japanese fans for his impeccable slew of hits.  He was handpicked to headline the Yokohama Reggae SAI festival by Mighty Crown themselves and their manager Garfield “Chin” Bourne because of his larger-than-life status in Reggae music.  Barrington Levy boasts one of the Reggae music industry’s most prolific voices.  He was ideal for this year’s occasion, particularly as Mighty Crown has implemented a “Back to the Hardcore” campaign for their upcoming events.

“There is a new generation of Reggae fans in Japan who know mainly about dancing songs,” says Sami Tse, co-founding member of Mighty Crown.  “We want to fully expose young Japanese people to Jamaica and its musical roots……..clearly, Barrington Levy is a legend and it’s our duty to have the younger generation respect his music.” 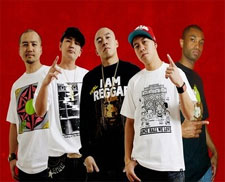 Mighty Crown’s annual Yokohama SAI has evolved into Japan’s largest Reggae concert.  The event has featured surprise appearances by what reads like a who’s who of Jamaican Reggae artists including Beenie Man, TOK, Voicemail, Tony Matterhorn, Wayne Wonder, Daville and numerous others.  All of the Reggae acts booked for the annual fete have delivered dynamic sets, but Beenie Man’s fiery performance still has Japanese fans chatting.  Proudly, at any given time during the year, Mighty Crown and Irish and Chin are approached by artists and their managers to take part in the monumental affair.

“We are taking the music to a higher level and at the same time showing maximum respect for Jamaican culture,” says Simon Tse, co-founding member of Mighty Crown.  “We have played a huge role in the growth of Reggae music in Japan... mainly because Jamaican culture is in our hearts.”

Yokohama Reggae Festival SAI was jump started in 1995 by Mighty Crown as a vehicle of celebrating their anniversary.  Each year, the festival grows in visibility and popularity.  Mighty Crown inked a new Nike sneaker deal to mark the event’s 15th installment.  The new sneaker, the ‘Dynasty High’ hits stores in September.

With over three decades of chart-toppers, Barrington Levy could technically perform for days.  While all of Levy’s music is stellar, there are select hits that have boldly provided the soundtrack for Reggae music and more specifically Dancehall music. Any time the tunes “Under Mi Sensi,” “Prison Oval Rock,” “Murderer,” “Here I Come” (Broader than Broadway), “Jeep,” “Too Experienced,” “Living Dangerously,” and others drop, audiences are guaranteed to roar in excitement.