Digicel Deal Or No Deal To Premiere On TVJ 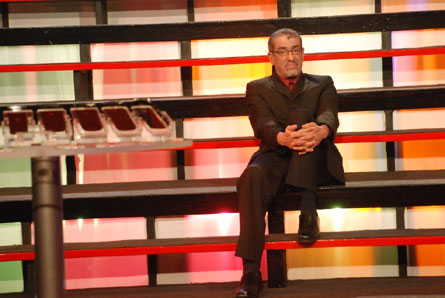 Wednesday, September 16; Kingston, Jamaica: Jamaicans have been clamouring for top quality family oriented entertainment and now those calls have been answered. NewComm in association with some of Jamaica's most respected companies has partnered to bring the gripping, nail biting TV game show Digicel Deal or No Deal to Jamaica's number 1 TV station TVJ.

Part game show, part psychological thriller, Digicel Deal or No Deal is the ultimate stomach-knotting test of nerves. A mix of skill and chance, the original show, produced by Endemol, which premiered on Dutch TV in 2001 had audiences gripped from the start. Word quickly spread around the world about this TV sensation and soon the game was off to Australian TV, where it first became known as Deal or No Deal. Now in 2009 Deal or No Deal is a hit in over 100 countries from Asia to the Middle East and Jamaicans will get their chance on Wednesday September 23 at 8PM to win millions on Digicel Deal or No Deal only on TVJ.

Hosted by Simon Crosskill, Digicel Deal or No Deal is an exhilarating game show where contestants play and deal for a top prize of $1 million in a high-energy contest of nerves, instincts and raw intuition.  Each week, the game of odds and chance unfolds when a contestant is confronted with 26 Jamaican beauties holding 26 sealed briefcases full of varying amounts of cash – ranging from a measly $1 to a whopping $1 Million. Without knowing the amount in each briefcase, the contestant picks one – his/hers to keep, if he/she chooses – until its unsealing at game's end.

The risk element kicks in when the player must then instinctively eliminate the remaining 25 cases – which are opened and the amount of cash inside revealed. The pressure mounts in each round, after a pre-determined number of cases are opened, the participant is tempted by a mysterious entity known only as "The Banker" to accept an offer of cash in exchange for what might be contained in the contestant's chosen briefcase – prompting Simon to ask the all-important question – Deal or No Deal?

The Digicel Deal or No Deal Banker is the unseen, unheard antagonist on the game show.  After each round, The Banker speaks to the host Simon Crosskill via Digicel Blackberry Smartphones on the contestant's desk.   The money on the money tree is held by the Banker. As such, his role is to make cash offers to buy the contestant's chosen case rather than allowing them to continue and risk them winning much more.

As each case is opened, the likelihood of the player having a valuable cash amount in his or her own case decreases or increases. Viewers will see if, truly, fortune favors the bold. The contestant knows that as long as the larger cash prizes haven't been opened, The Banker's deals will only get higher. And if the conflicted contestant accidentally opens a case with a bigger cash value – The Banker's offer could suddenly evaporate.

The success of Digicel Deal or No Deal can be narrowed down to one essential element: The Contestants. Win or lose, it’s the players who are the stars and will keep audiences tuning in again and again. Some will be reckless, some intuitive, some just plain lucky, but everyone will have a different method and a different story. With such large sums of money at stake, Digicel Deal or No Deal can be a life-changing experience.

With Digicel Deal or No Deal viewers at home will also have a chance of winning cash by playing the Lucky Case Game. In this game there are 3 cases: A, B & C each randomly containing a cash value: $5,000, $25,000 and $100,000.  At the end of each show, starting at 9PM, viewers will be able to text to enter as many times as they like for six days for a chance to win one of these cash prizes (Entry closes at midnight on Tuesdays) . A winner will be randomly selected every Wednesday morning and the selected winner will have to tune in to the show that night on TVJ to see how much cash they have won.  Near the start of each show on a Wednesday night, Simon asks that episode’s participating contestant to select a case A, B or C, as carried by three of the show’s models, this case will be revealed and show how much cash the selected winner has won.

The aim of Digicel Deal or No Deal is to give contestants a chance to win a whopping $1 million while at the same time providing quality entertainment to the viewing audience. The secret to the success of the show lies in the well-balanced combination of both mathematical, and psychological elements all coming together to produce a game show thriller. Based on the successful format from Endemol, that has aired in over 100 countries, the Jamaican version: Digicel Deal or No Deal is produced by NewComm with an all Jamaican crew headed by Producer / Director Tanya Taylor. TVJ will premiere Digicel Deal or No Deal on Wednesday September 23 at 8pm.