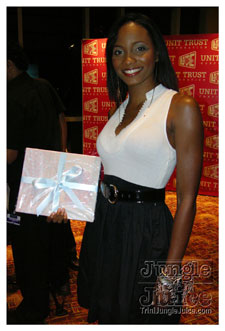 Patrons were given an opportunity to mingle with industry colleagues before the conference doors were opened in a cocktail styled meet and great setting. The event hosted by Adrian Don Mora then introduced organizer Derek Lewis who expressed that he would like Eventology to be a signature event. Also, Lisa Ghany expressed that this growing industry with proper management can create employment.

In what looked like manikins behind a glass, really were pantomimes that arranged the décor of the stage set to suit the presentation, which I found added indicative flair and the out of the box thinking we have come to expect from these individuals.

The presenters were introduced one by one all with that fired up attitude and sense of humor we have come to expect from tried an experienced individuals that have embraced motivational speaking to an audience that came to partake of their knowledge.

Now Thursday and Friday are the days when school started. I sat down in class with people of all ages so it definitely was a learning experience for everyone. We got a class about International Protocol from Ines Blu Rodriguez, the Director of the renowned International School of Protocol in Brussels, Belgium.

Using her 16 years of experience in the industry Ruth Moyte shared her passion for “writing pictures” and thought us how she conceptualizes, designs, and writes winning proposals for some of Extraordinary Event’s most prestigious Fortune 500 clients.

We got a lecture from a son of the soil, Collin Abraham who talked about his incredible journey that took him from Barataria, Trinidad to Capitol Hill in Washington DC. Collin, the founder of Pollen Nation has done the legendary “White Parties” hosted by music and fashion impresario Sean “P-Diddy” Combs to the magnificent wedding of Jay-Z and Beyonce, Collin has redefined concepts of style for a generation of countless socialites.

Kevin and his award winning team from TLC Creative Studios have worked around the world producing exciting presentations that include dynamic light and sound they are known for shows such as Americas Got Talent, Dancing with the Stars, and American Idol. You know your big when you running the L.A Laker’s special effects. TLC demonstrated and educated attendees on the optimal use of intelligent lighting, video display and live special effects from simple inexpensive lighting treatments and projection techniques to the most elaborate special effects entertainment.

The launch of Eventology then ended with an energetic performance by 3canal. Patrons then continued to network in a cocktail styled atmosphere all in anticipation of the two days of workshops head.

Now we just touched on half of the lecturers offered, because we could not be everywhere all at the same time. This expo seemed like a University where one could have attend any course they could imagined.

There was even a section where lighting and sound companies like Rent-A-Amp and Johnny Q came to showcase their products, really bringing the Expo part to life. We saw DJ Equipment, Amps, Lights, Screens, EVERYTHING.

Now we all know how the saying goes … “All work and No play makes Jack a dull boy.” So after the 3 days of work and classes Eventology closed off with a social event in Aura.  Complimentary premium bar and platters of finger foods circulating all night long … it was a wonderful way to wrap the conference up. Two lucky people even walked away with Blackberry mobile phones after winning the door prizes of the night. Thanks to all the sponsors, Unlimited Functions and Xceptional Events Limited for make something like this a reality and success.