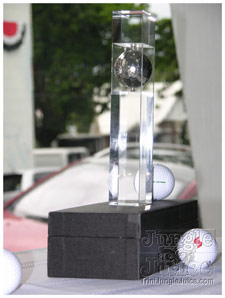 The Second Annual BMW Golf Cup International Tournament saw its launch at Bavarian Motors Limited Phillips St. Port of Spain. The event is carded to be held at Moka Golf Course for the second year in a row.

Since the beginning of the Tournament BMW distributors from across the globe have hosted Tournaments in their respective countries. Winners from these competitions then take part in The BMW Golf Cup International Finals. Motivated amateur golfers of all levels and skills from across T+T are set to via for a chance to represent the country in what is carded as the world’s greatest and most successful amateur golf tournament which is now in its twentieth year.

Three winners will be chosen to represent Trinidad & Tobago at the Fancourt Golf Resort in George South Africa, which is recognized as a popular holiday and conference centre located on the south eastern coast. Returning sponsors on this local leg of competition are Hotel Normandie, Soctiabank, Le Paradise and Balroop’s Sound System Limited. After a successful inaugural tournament where Mr. Ahamad Ali, Stephen Scoon and Ms. Gail Rajack continued to the BMW Golf International World Finals where Mr. Ahamad Ali secured a ranking of 10 overall.

The stage is set for an explosive Golf Cup Tournament on the 9th of October at Moka Golf Course which is said to be a full day of events with a prize giving ceremony at 5:30pm.