Buju Banton's Rasta Got Soul US Tour a Success

Promoters Call It The Biggest Selling Reggae Tour Of The Year 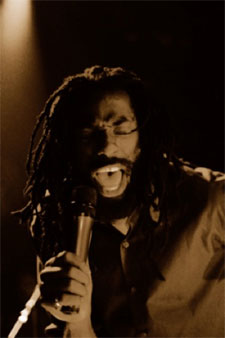 (Kingston, JA/New York, NY -- 5, October 2009) Gargamel Music, Inc. is pleased to report that over 15,000 fans have already witnessed the magic of Jamaican music icon, Buju Banton's Rasta Got Soul US Tour, which kicked off last month at the Trocadero Theater in Philadelphia. The buzzworthy Roots Reggae revue has since blazed through a string of successful shows in Maryland, Rhode Island, Connecticut, Maine, Massachusetts, New York, New Jersey, North Carolina, Virginia, Michigan and Ohio, and has been receiving rave reviews from day one:

"During the show, Banton's gruff, soulful voice captured the passion behind the hyperkinetic 'Murderer' and 'Willy (Don't Be Silly).' His band (including a drummer who sounded as though he had eight hands) was ridiculously tight, their arrangements elegant and dynamic without losing their frenetic feel. From the 'Wipeout'-based rhythm-backed rap of 'Me & Oonu' through to the soulful 'I Rise' to cribbing Michael Jackson's universal plea, 'Heal the World,' Banton proved he could make things right within his music." - Philadelphia Inquirer

This week, the Rasta Got Soul US Tour rolls into Colorado for two shows and then dips over to California, where the four-time Grammy-nominated artist, along with opening acts Gramps Morgan of Morgan Heritage, Nikki Burt and Angel Shalome, will play seven dates, before moving on to New Mexico, Texas, Georgia and Florida. Despite the ongoing smear campaign against Banton, promoters are already calling it the biggest selling Reggae tour of the year.

Buju would like to thank the promoters, venues and especially the fans for their amazing show of support at this time. To the detractors, he offers the following statement:

"Throughout my travels as an artist, I have witnessed first hand the senseless atrocities being suffered by innocent people around the world and my heart goes out to them. I do not condone violence against anyone, including gays, and I have spent my career rallying against violence and injustice through music. At this point, I can only hope that my body of work speaks for itself and that anyone still offended by the lyrics of my youth will take the time to explore my catalog or come to one of my shows before reducing my character and entire musical repertoire to a single song."

The Buju Banton Rasta Got Soul US Tour is proudly sponsored by The Fader (www.thefader.com), who is currently giving away pairs of tickets to upcoming gigs in San Francisco, Los Angeles, Atlanta and Miami. Banton's critically acclaimed new album, Rasta Got Soul (Gargamel Music), is available in stores and online.

For more information about the Rasta Got Soul US Tour, log on:
BUJU BANTON ON MYSPACE