Miami Look Out! Shurwayne & Y.O.U. Are Heading Your Way! 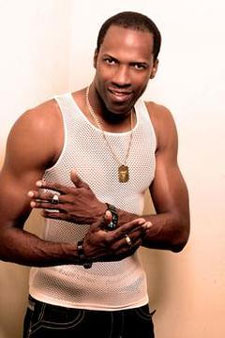 The 25th anniversary of the Miami carnival celebration in the U.S promises to be an experience like no other. With the fusion of both Broward and Miami- in honour of Selman Lewis and Desmond Worrell, artistes from T&T will take over the scene like never before. Among the cast of soca megastars carded to travel for the festival, is Shurwayne Winchester and his organization, Y.O.U.

On October 10th Shurwayne and Y.O.U. will perform for the masses at the annual UWI all- inclusive fete, for the very first time as one entity. The calendar event will set the pace for the street parade on Oct 11th. Winchester who has already captured the Caribbean region with his hit Murdah, will also surrender to the sweetness of the season, when he gives the masses, Chippin- his brand new hit on the ABX rhythm.

The upcoming Carnival 2010 season in Trinidad and Tobago, rides from the adrenaline rush experienced at carnivals like Miami’s and Labour Day in Brooklyn. Ready to show the world what lies in wait for the masses when ‘The Greatest Show on Earth,’ rolls into focus, Shurwayne and Y.O.U, plan on giving the thousands set to be at UWI, more than they’re bargaining for, sooner that they even expect.

To learn more about what’s happening with the ‘Iron Man’ and his organization, log on to www.shurwaynewinchester.com or check out their Facebook page- keyword, Shurwayne Winchester & Y.O.U.

The fusion of lead singer Shurwayne Winchester and the musicians who make up Y.O.U., has been described as the perfect combination of talent and skill. The guys came together in October, 2008 and have grown tremendously in their short time together. Their cohesiveness as not just co-workers, but also friends, have led to the production of hits- incomparable to anything ever heard from the shores of Trinidad and Tobago. In 2010, the entity will come into full focus as one of the biggest forces in musical entertainment, showcasing their innate ability to execute with perfection.