By Liz aka Posh Juice
Published on 16-Jul-09
For the past 16 years, VP records have been bringing us up to date Dancehall year after year. Over the years the series has included all the biggest and best reggae tunes including some of the more 'mainstream' crossover tracks featuring major international artists. If you are looking for some up to date tracks and not sure where to go , The Reggae Gold compilation is usually a 'safe ' bet! Under their belt, VP records have .... 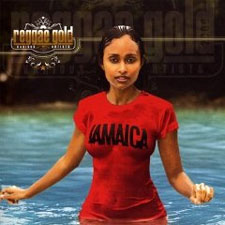 For the past 16 years, VP records have been bringing us up to date Dancehall year after year.Over the years the series has included all the biggest and best reggae tunes including some of the more 'mainstream' crossover tracks featuring major international artists. If you are looking for some up to date tracks and not sure where to go , The Reggae Gold compilation is usually a 'safe ' bet!

Under their belt, VP records have pretty much EVERY reggae artist you can think of including Sean Paul, Beenie Man, Luciano, Capelton, Mavado etc. and Reggae Gold 2009 is no exception. This time bringing Queen Ifrica, Taurus Riley and Busy Signal to name just a few. The compilation is undoubtedly one of dancehall / reggae’s most anticipated releases of the year, and will be part of the definitive collection from the genre this summer.

The Jamaican Tourist Board (JTB) and VP Records have partnered to re-create the iconic “Welcome to Jamaica” image for the album cover, and this 'partenering' means that the compilation has been marketed incredibly heavily across the globe. As with most compilations, especially in the ever changing genre of Reggae music, this album is typically going to be a hit or miss for most people. It combines very cleverly some hot dancehall, some international collaborations and some complete chill out music all mixed up with each other so whichever style take your fancy, there isn't a 'portion' of the album you could pick alone.

VP Records are well know for showcasing some of the best in Caribbean music and whether you are a newcomer to Reggae or a veteran , this is a label you will come across time and time again. VP sponsor tours for their artists as well as getting involved with artists not signed or yet signed to them. So get familiar with VP, whether Reggae Gold 2009 is for you or not at some point keeping an eye on the releases from his label will definitely have you jumping!

Some would say that perhaps 2009 hasn't been a HUGE year for Reggae music, although there have been some fabulous collaborations with Reggae artists hitting major charts. This could explain why Brick and Lace 'Love is Wicked' features on Reggae Gold 2009, even though it was released in early 2008. Still a BIG tune and only hardcore Reggae lovers will know how far back it goes!

So let's get the bad out of the way! Reggae Gold 2009 features 18 tracks with 2 bonuses added for those buying from iTunes. Out of the 18, let's say you could easily skip 7 of them!! Not bad... as that leaves 11 that are good to great! If you are wondering which tracks to skip if you are out in your car and looking for some vibes then definitely could do without : 'Watch your Friends' from Jah Vinci, 'Protected' from Chino featuring Stephen Di Genius McGregor, 'Head Cyaan Hot So' from Prodigal Son, 'Praise and Worship' from Busy Signal, 'Money Over War' from Laden and 'Leave if You Want to Leave' from I Wayne. Phew... you will definitely want to leave those alone!! Now you know what to skip, it's worth saying that this compilation would have been better if just the 11 remaining tracks were left. You could have easily left it on repeat!!

The 11 worthwhile tracks range from the very mellow conscious vibes to the type of music you could do aerobics to!! The first 3-4 tracks are arguably the best on the album from the cool and sexy vibes brought to us by Estelle and Sean Paul , with their International smash hit 'Come Over' to the awesome track that follows from Jasmine Sullivan - 'Need U Bad'. This is the kind of track you could repeat and repeat and repeat!!! 'Love Is Wicked' from Brick and Lace although arguably a year late and could well have featured on Reggae Gold 2008 is still the kind of track that you can't help but get up and dance to. The kind you know where you just want to grab that special someone, close your eyes and jam! Serani's HUGE track 'Playing Games' is another fabulous release and so far 4 tracks in and you certainly won't have touched that forward option.

For those of you who love love the Reggae, by now 'So Special' from Mavado is probably so ingrained in your memory that even the opening chord could easily be recognised .. an awesome track that will never stop filling the dance floor but our initial thought is merely 'overkill'!

Now on to what I call the 'background tracks'! You know the kind... they could be on whilst ya cooking or cleaning and you might catch yourself singing the odd lyric as you go but you ain't never gonna run to the DJ and request it in a club!!! Elephant Man's 'Nuh Linga', 'Blessings' from Etana & Alborosie and 'Couple Up' from TOK are probably the only 3 that fall into this category. There are however a good selection of sweet and mellow vibes including 'Far Away' from Queen Ifrica, which could totally chill you out and of course 'See You Again' from the one and only Beres Hammond. Are there any Beres tunes we don't love??!!

The best tune for me was Elephant Man's 'Dance and Sweep' - this was the one tune that I could easily put on my iPod tomorrow and be in the gym, spinning away! Vibes!!

All in all, the 11 'good' tracks are worth getting the compilation 4 and the 4 good tracks at the beginning stand out as easily the best!! If you are happy with an album with a wide variety of styles and vibes and want to get a flavour of what's around on the Reggae scene then this is an wise purchase with a good mixture from mellow to wild. For those Reggae veterans out there, after track 5 you could well be disappointed.

Elizabeth aka Posh Juice
The only thing constant is change