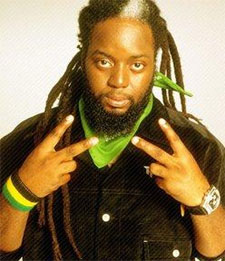 Morgan Heritage will not be performing in Trinidad on November 7th. This according to the band’s frontline vocalist, Peter Morgan- known within the band by his alias, JahPetes.

In a concert carded for the above-mentioned date, at Guaracarra Park, South Trinidad- Morgan Heritage along with Jah Cure have been promoted as the featured reggae outfits. However, according to Morgan, his services as a solo artiste were initially contracted for the event. He explained that the members of Morgan Heritage have been exploring solo opportunities despite their obvious obligations to the band- hence his agreement for hire.

In this latest development however, Morgan in a bid to maintain the integrity of both himself as an artiste and the band that he represents, has decided to remove himself from the concert, which he says is being falsely advertised.

While the band has already been booked for a reputed concert to be held during the Easter weekend in T&T next year, Morgan, along with his fellow band-mates, Gramps, Lukes, Una and Mr. Mojo are adamant that Morgan Heritage- the band, will not be in Trinidad on November 7th.
The act- as a unit maintains that there were no contractual agreements made with any promoter in Trinidad and Tobago for the said date and adds that they feel violated as a result of this situation.

To this end, solo vocalist- Peter Morgan has assured that all financial deposits have been made available to the promoter of the November 7th concert. He is also assuring fans of his music and that of Morgan Heritage, that this sudden decision has in no way affected their plans for future performances on the island.