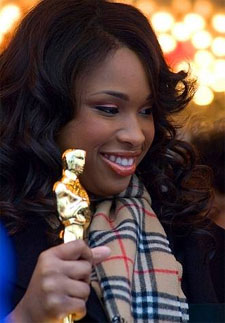 CARIBPR Wire, NEW YORK, NY, Tues 20, 2009: Multiple award-winning singer and actress, Jennifer Kate Hudson, is set to be among the acts for the next Jamaica Jazz and Blues Festival from January 24-30, 2010 in Montego Bay, Jamaica.

TurnKey Production President and festival producer, Walter Elmore, made the disclosure recently as he celebrated the first official media kick-off for the event in Toronto, Canada.

`Jennifer has a magic that surrounds her and the Jamaican audience loves her.  We feel she is an excellent addition to the line up,` said Elmore to a host of media and travel professionals who came out to welcome the Jamaica Jazz and Blues festival on its Canadian debut at one of Toronto's largest hotels, the Delta Chelsea, on October 15th.

Hudson came to prominence in 2004 as one of the finalists on the third season of the Fox reality television series American Idol. She made her film debut in the 2006 film Dreamgirls and won an Academy Award for Best Supporting Actress for her performance, as well as a Golden Globe Award, a BAFTA Award and a Screen Actors Guild Award, among many others.

She won a Grammy Award for her eponymous debut album, Jennifer Hudson, which was released in 2008 on Arista Records and soon certified gold by the RIAA for more than 500,000 shipped copies, spawning the hit single "Spotlight."

Her debut album garnered Hudson three nominations at the 2008 Grammy Awards; Best Female R&B Vocal Performance for "Spotlight", Best R&B Performance by a Duo or Group with Vocals for "I'm His Only Woman" with Fantasia Barrino, and Best R&B Album for Jennifer Hudson. She won the last of these and performed at the awards.

Hudson is said to be working on her second album and Jamaican music fans could get a taste of her new work.

This year the festival is again being presented by key title sponsor, the Jamaica Tourist Board. For more information on the festival and the Band Quest , interested persons can visit the official website at www.jamaicajazzandblues.com.