Cooking Up A Caribbean Callaloo 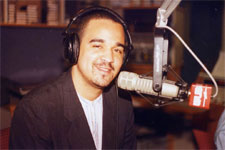 CASTRIES, Saint Lucia (October 29, 2009) - This week I am in one of my favorite Caribbean destinations, the simply beautiful island of Saint Lucia - the beneficiary of the new JetBlue service which started on Monday, October 26, 2009 and will operate thrice weekly on Sundays, Mondays and Thursdays.

The new 2,000 mile commute is significant both for Saint Lucians and visitors to the country as airfares have plummeted because of competition on the route, with JetBlue and American Airlines now going toe to toe in the Eastern Caribbean. Earlier in the month, JetBlue also commenced daily service between JFK and Barbados.

On Monday, JetBlue announced a special Saint Lucia airfare as low as US $129 each way, bringing the island within closer reach of Caribbean-Americans in the Diaspora as well as the millions of residents in the Tri-State, some of whom have had to fork up a pretty penny to experience the wonders of this French influenced country - from the majestic Pitons (a UNESCO World Heritage Site) to new and renovated hotels which are offering many bargains this Fall and Winter.

Having curtailed my Caribbean travels significantly this year due in part to a taxing work schedule at home, I got into the Caribbean swing last week when Martinique - which shares the French Creole language with Saint Lucia - sponsored a "French Tuesdays" evening of Creole culture at Nikki Beach in midtown Manhattan.

It was so refreshing to see tourism and government officials from Martinique and Saint Lucia co-mingling, dining and dancing the night away to cadence rhythms - and of course, consuming some thirst quenching refreshments which contributed to a spirited evening for everyone. 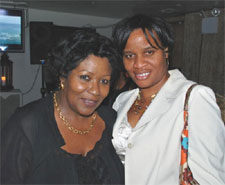 Muriel Wiltord of the Martinique Promotion Bureau (left) and Lorine St. Jules of the Saint Lucia Tourist Board at French Tuesdays in New York City.

What I saw there was the potential power of the unified Caribbean experience. While on board my debut JetBlue flight, I sat next to a honeymoon couple who were heading to the world acclaimed Jade Mountain in Soufrière, ranked number one in the Caribbean and number three in the world according to Travel + Leisure's prestigious annual World's Best Awards survey, the results of which were released this summer.

Their choices? Bora Bora in French Polynesia or a four-and-a-half hour ride from New York to the Eastern Caribbean to experience a heavenly paradise. Not only was their Caribbean honeymoon going to be more affordable, but it was the convenience that mattered most. JFK to Saint Lucia non-stop, what more could an eager and expectant honeymoon couple ask for?

So who exactly are Barbados and Saint Lucia's competitors?

Martinique? Jamaica? Bahamas? Give up?

Ah ha .... somebody said it: none of the above. They are the destinations that form part of the rest of the world. Yes, even as remote as French Polynesia.

With the Caribbean reaping a meager three percent of the world's tourism arrivals - if so much - we'd better believe it.

We talk a great talk about Caribbean integration and cooperation, but we don't back it up with resources and action. Just a whole lot of committees which are good at keeping the minutes, but great at losing the hours.

To the credit of our regional tourism executives, getting all 30-odd Caribbean countries on the same marketing page is a Herculean task which can sometimes be downright unpleasant. However, given this reality perhaps we should focus more on the promotion of sub-groupings within the region and a multi-destination experience within the sub-groups.

With the cooperation of LIAT, WINAIR, other commuter carriers and ferry services, Dominica, Martinique, Guadeloupe and Saint Lucia for example could join hands to promote the Creole Caribbean Connection. Puerto Rico and the Dominican Republic their baseball history and Latin links. Barbados and Tobago could lock arms to promote their British heritage and tell the world why flying fish flock to their shores; and Aruba, Bonaire and Curaçao could communicate why the ABC islands are a must see for the discerning traveler who wants to see a Netherlands version of Never-Never land.

Anguilla, St. Barts, St. Martin and St. Maarten have long enjoyed a successful partnership of joint marketing. Why can't the rest of the islands find common denominators that will help grow the tourism pie?

We can make it if we try ... just a little harder.

Bevan Springer, a New York Amsterdam News columnist who writes frequently on travel and tourism issues, is the President of the New Jersey-headquartered Marketplace Excellence LLC - a full-service, integrated mass communications agency committed to excellence in the fields of public relations, marketing and media coaching. He also produces the Caribbean Media Exchange on Sustainable Tourism - CMEx.