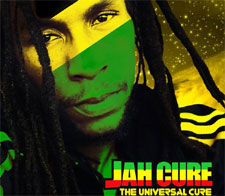 On Saturday November 7 while staying at the Hyatt Regency Hotel in Port of Spain Jah Cure was greeted by police officers along with the unscrupulous promoter who claimed that Jah Cure owed him money. The promoter with whom Jah Cure has worked with in the past was in negotiations with Jah Cure for another performance but negotiations broke down.

In order to settle the matter Jah Cure and members of his management team accompanied the promoter and the police to a nearby police station where the promoter's deposit was returned. The artiste was not arrested as reported by some media outlets and was able to fulfil his confirmed date at Guaracara Park on the same night.  Jah Cure performed to over ten thousand people.

Jah Cure wishes to thank all his Trinidad and Tobago fans who came out to support him and guarantees them that despite this incident he will return to the twin island republic. Jah Cure and his management team would also like to commend members of the Trinidad and Tobago police force for their professionalism in dealing with the matter. Jah Cure is now home in Jamaica preparing for his upcoming dates in St Kitts, Barbados and Grenada.