Amid the chaos - a Therapeutic Message for The Youth 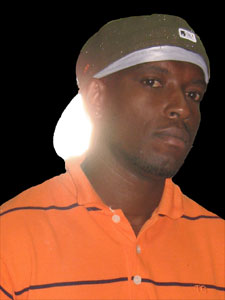 Amid the noise, the chaos, the anarchy, the crime and school violence in T&T- a light shines from deep within the ghetto. Preaching nothing but positivity- no gaza, no gully- Ragga-Soca artiste Therapy is calling for all youths of this nation, to ‘Stand Up.’

Wondering where he hails from? Well, he’s a Caledonia, Morvant native whose been through the rigors of coming of age and now, with his sights set on educating the people who trod the streets in search of hope, like he once did- Therapy’s bent on giving them just that!

A couple years ago, he came to the fore with a track called, “Vision of The Garrison.” It captured the attention of the production crew at Synergy TV and for weeks it stood on the countdown, strongly holding its own. Now, two years later- as his birthplace is burdened by the sorrows of children killing each other and young men whose lives are plagued by gang warfare, Therapy has returned- bearing, what he calls a visionary message for the youth.

On Friday, December 4, “Stand Up” will blare from pillar to post across the airwaves of Trinidad and Tobago, symbolically urging the young minds of this country and hopefully, across the region, to rise for betterment, production, success and overall happiness. Another Holyhouse production- endorsed by producer Mr. Spine, the song is aimed at motivating the youths to stand up for what they believe in, with morality. According to Therapy, it’s also a call for the elders of society to set better examples and make strides in relating to the youth.

The track comes just between Christmas and Carnival- an intentional move on the part of the artiste and his team, who aims at infiltrating the masses even as the seasonal music penetrates. “The message is in the music and before we drink and eat for Christmas, before we wave, wine and jump up for Carnival- we must fix the problems we face. This is my contribution, small but heartfelt,” says the Trini entertainer.

He is confident that the message will get across with the help of radio DJ’s and other influential voices across, not just T&T- but the wider world.