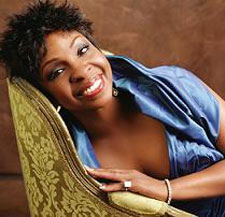 This year, the festival presents the music of Gladys Knight again, whose hits like `I Heard It Through the Grapevine,` `Friendship Train,` `If I Were Your Woman,` `I Don't Want To Do Wrong` and the Grammy Award winning `Neither One of Us (Wants to Be the First to Say Goodbye)` has made her a household name to millions globally. Knight has won four Grammy Awards while thirteen of her singles have topped the charts along with nine albums.

"Ms. Gladys Knight has a magic that has surrounded her since she was with the Pips from the days of Motown glory and the Jamaican audience knows and loves her music.  We feel it is time she was brought back to the festival," said Walter Elmore, TurnKey Production President and festival producer.

Jamaica Jazz festival officials are urging all music fans in the U.S., U.K. and Canada to give themselves an early Christmas gift now by booking a package to the festival to experience the sights, sounds and magic of sunny Jamaica, West Indies.

Hotel rates are available from as low as US$46 per person or US$92 for single occupancy. Tickets and packages are available at www.jamaicajazzandblues.com or by calling your favorite travel agent.

Jamaica Jazz since its introduction in 1996 was known as the Air Jamaica Jazz and Blues Festival. It has attracted thousands of patrons from the USA, Europe, the Caribbean and Jamaica.  International artistes that have performed at the festival include Diana Ross, Alicia Keys, Kenny Rogers, Kool & the Gang, Brian McKnight, Erykah Badu and Michael Bolton among others.

This year the festival is again being presented by key title sponsor, the Jamaica Tourist Board. Other sponsors include Air Jamaica, Riu, Half Moon, Iberostar, Rose Hall Resort, Sunset Beach and CVM TV.