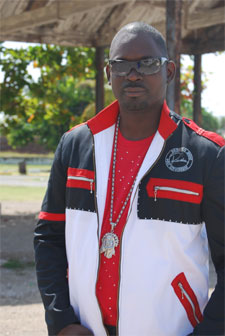 Talented up-coming singjay Don Sniper is booked to appear on Sting 2009. As expected he is very excited to be on the lineup for Sting a second time in his career. He made his Sting debut in 2004 and it was a memorable one as he received a very good response from the audience. Fully aware that another good performance on the greatest one night show could help to take his career to a new level, he plans to deliver his best performance ever on Sting.

Don Sniper is currently enjoying good airplay with his latest self-produced single titled How Many which is on the Hice Up rhythm. His medley video for the Hice It Up rhythm which also features ace deejay Vybz Kartel, is also getting a lot of rotation on local television stations such as RETV, HYPE TV, NTV and CVM Plus.

Don Sniper is also getting ready to drop a new single for the holiday season titled Dun Dem on the Double Action rhythm, which was produced by Everton “Rado” Minnott of Arms House Records/RR Productions. The track was engineered by DJ Raz of Arms House Studio.