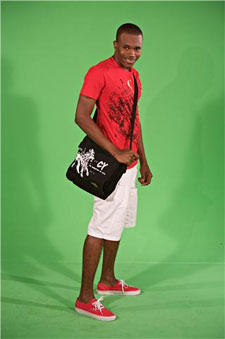 Sound system selector Jason Goshine better known as DJ Shine, fourth place finisher in the 2009 Heineken Green Synergy competition, will reveal a different side to his artistic talent, in the upcoming television commercial for CY Clothing. The commercial was recently completed at the Phase 3 studios in Kingston, under the direction of Doc Media Entertainment. It was produced by D. Escoffrey for D’Empire Management.

‘DJ Shine was brought in at last minute for the project and he did a really good job. Dancehall artiste Stacious and radio jock ZJ Bambino are the official faces for CY and they too were involved in the commercial. Its going to be off the chain’, an excited Escoffrey revealed.

CY Clothing is relatively new on the Jamaican market. Its offices are headquartered in Florida, USA where its T-shirt line is already creating an impact. There is also an office in Jamaica which is located at Unit 5, 37 Windsor Avenue in Kingston. 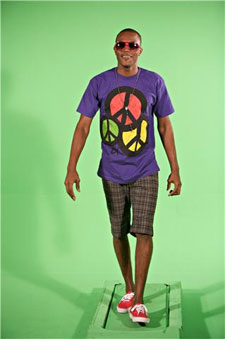 An elated DJ Shine expressed his pleasure at the opportunity that the television commercial will facilitate for him. ‘I’m really excited about this and the DJ Shine fans will see me in a different light. Wait until the commercial is out then you will see what I am talking about’, he said confidently.

CY Clothing line will be expanding early next year to include dresses for females, dress shirts, polo shirts and jeans for men, as well as bags.