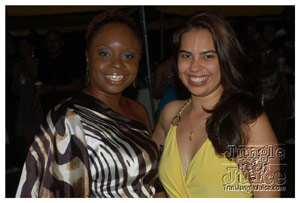 House Party 5 was another successful party where turnout is concerned. Unfortunately because of the weather, it couldn't have been enjoyed to its full potential. Hopefully the next installment will be spared by the tears of the sky.

CROWD:
House Party 5 showcased a barrage of the more mature yet trendy party patrons. On observation of the outfits that both the males and females were displaying, it is only right to say that "We young people ain't ready". The turnout was acceptable considering both space of the venue and the unorthodox weather we've been experiencing both during the day and night. But I guess from the turnout, rain or blue moon these patrons would have still attended to show their love and support, and most importantly; to enjoy themselves. 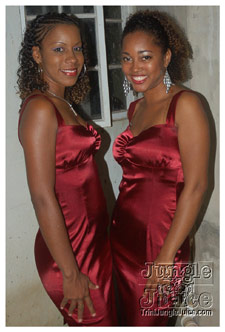 VENUE/ACCESSIBILITY:
The venue was at a private property situated in a residential area in Santa Cruz. The ambiance portrayed a more layed-back outdoor party fit for socializing and having fun. There was food stalls and cigarette stalls on display upon entry for patrons. Lawn was neatly mowed, flora was gracefully trimmed, and lighting played a big role in creating that serene atmosphere.

VIBES:
The vibes of everyone in the party showed a sense of unity. You could have noticed that everyone knew one another either from attending the other 4 installments or neighbors or friends from the same area..... or both. Everyone was socializing with one another, dancing, and just having a good time. The only downfall that was a bit confusing was that even though they were showing a carefree persona, they seemed camera shy as well. Music started giving patrons a feel of old school; reminding patrons of their roots with some retro Machel, Traffic, Krosfyah, and TC. Then brought it into the new school with all the hits of this millennium. For that I must big up the DJ, who highly represented Red 96.7 FM well. 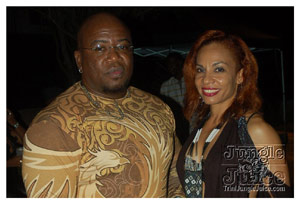 During the course of the party there was a bit of a downpour, making patrons huddle under either the food tents and under the house. The lawn began getting a bit slippery and muddy so that diminished some patrons' spirits but didn't completely defeat them because as the weather eased up, they situated themselves right where they were previously.

FOOD/DRINK:
The bar was fully stocked with all alcoholic and non alcoholic beverages. From scotch to sweet drinks. Even though it was a cash bar, that didn't stop patrons from filling their cups and glasses with the variety of drinks. 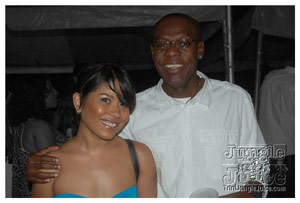 SERVICE:
Services at the bar was on point. As fast as a person asked for the drink, someone handled the money while someone else prepared the beverage so the elapsed time for waiting for your drink was very low. It was almost as fast as you say your order, you got it in your hand.