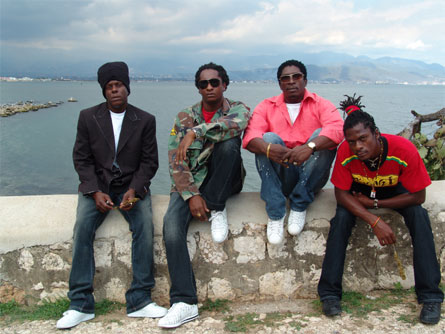 The Bonner Cornerstone music team is working assiduously as they prepare for their big concert Bonner Brothers and Friends In Concert (Culture In The City), which will be held at the Zinc Shack in Montego Bay on Friday December 18th. This is event which is being staged to celebrate the Bonner Brothers musical legacy will feature all four Bonner Brothers Pliers, Spanner Banner, Richie Spice and Snatcha along with Junior X and TImmi Burrell. This event promises to be a very exciting cultural event. It is widely expected that all four Bonner Brothers along with their guest will delivery high quality stage performances, for music lovers in the west.

Pliers is the eldest of the musical Bonner brothers, he is one half of the famous dancehall group Chaka Demus and Pliers which is known worldwide for smash hits such as Twist and Shout, Tease Me, Murder She Wrote, She Don’t Like Nobody and I Wanna Be Your Man. He began his career in 1987 as a solo act and scored several hits such as Lover Is Burning, Bias Dem Bias and Tracey, before teaming up with Chaka Demus in the early 90s. He is currently enjoying much attention with his new solo single titled Sweet Memories. He should have no trouble pleasing the audience with his huge catalogue of hits.

Spanner Banner was the second member of the Bonner clan to hit the big times musically. He blazed his way onto the local music in 1988 with his breakout single Life Goes On, which was an instant hit locally and abroad. Several hits and two decades later he is still in the game touring and performing all over the world. He is still a hit maker his single titled Rolling Stones from his recently released album I’m A Winner is proof of this. It is currently racing up the reggae charts worldwide. He too should have no trouble pleasing the audience as he also possesses a huge catalogue of hits and is a very savvy stage performer.

Richie Spice is the third member of the clan to make his mark musically; he is currently one of the hottest reggae acts in the world. Fresh from his recent overseas engagements which included a tour of Australia and double dates in French Guyana, Richie  Spice will be more than eager to please his fans in the second city. Richie Spice has a huge catalogue of hits which includes Earth A Run Red, World Is A Cycle, Street Life, Brown Skin, What A Day, Grooving My Girl and Di Plane Land. He is also a very good performer and never fails to deliver the goods.

The youngest of the clan is Snatcha who was formerly known as Snatcha Lion. He has been travelling the world over the last few years performing as the opening act for Richie Spice in places such as England, America, the Caribbean and Bermuda. He has also scored a number one hit a few years ago with a collaboration done in tandem with Richie Spice titled Living Aint Easy. His recently released single No War is enjoying good rotation locally and abroad. Snatcha has not performed on much on local soil lately and should be very eager to show the fans in the west what he is made of.

Junior X is known for big hits such as Plead My Cause and Seek Your Goals. He is currently climbing up the charts with another hit bound song titled The Pill. It been a while since has performed on local soil, therefore he will want to use this opportunity to make a good impression.

Rising reggae singer Timmi Burrell is a Spanish Town native but calls the west his home. He has been carving a niche for himself in the music biz for a while now with singles such as Children Crying, Why Did you Leave Me and Its My Time Now. He is also known to be a very good stage performer and will no doubt continue this trend in Montego Bay on the 18th.

Music will provided by Current from Techtris sound-system, MC will be IRIE FM’s Ron Muschette. Admission for this event will be $1000 at the gate. Gates open at 8PM and show time will be 9PM.