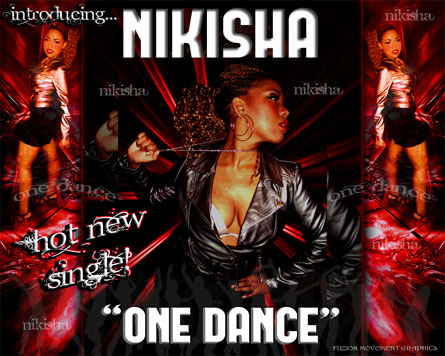 Out of the Darkness, into the Light, Nikisha Reyes-Pile is an amazing young woman on the move. A young woman for whom singing and song writing are natural abilities. Too often, we are told that we are witnessing the arrival of new talent only to be disappointed with the lack of depth and quality that these supposed new talents display. Thankfully, this is not so with Nikisha. Be prepared to be suitably impressed!

Nikisha Reyes-Pile was born in Trinidad into a musical family, and began singing at the tender age of five.  After writing her first Calypso at the age of 11, she entered and placed Third at her very first competition. Having moved to the UK when she was 13, her talent was nurtured by her school's music teacher. She was then encouraged to open up and broaden her musical gift to embrace all genres of music. It's at that point Nikisha began training in classical music techniques to expand her vocal range and repertoire.

In 2002 and 2003, Nikisha was accepted into the Hackney Empire’s Artist Development Program, where she honed her skills writing original songs. In 2004, and within a singing group with her friends, she entered the UK Unsigned competition. Their song was an original blend of UK Garage, Hip Hop, Soca and Reggae, and earned them the First Place trophy for the schools category. More recently, Nikisha entered the Project Talent UK competition, and made it to the final 12 out of 10,000 talented applicants.

After earning a perfect "A" in GCSE Music, Nikisha attended City College Manchester, and studied for a BTech National Diploma in Music Practice. She graduated with triple distinction, a qualification equivalent to three A's at A-level.

In June 2009, Nikisha met Jah Mirikle, a UK reggae artist with an interest in a Soca collaboration, and thus began yet another direction in her musical career. After recording "Roll My Bumpa" with Jah Mirikle, Nikisha recorded "One Dance", produced by SocaChild. She  has since perform the hit release at various awards shows, events and fetes and has been nominated for several soca awards. She is now working with SocaChild, Scrappy, Jah Mirikle and TriniBoi Joocie, to cook up some scorching new material for Carnival 2k10!