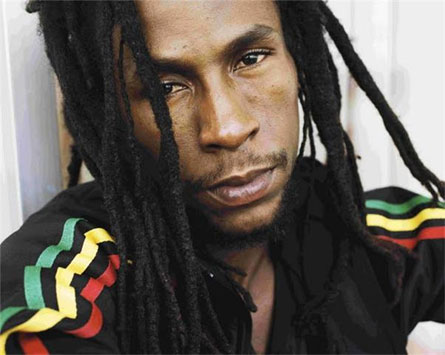 December 24, 2009 Kingston Jamaica:- Danger Zone/Sobe Entertainment artiste Jah Cure would like to apologize to all his fans who came out expecting him to perform at ‘Night on Tracks’ which was held on Sunday December 20 at the National Indoor Sports Centre.

Jah Cure, who on December 19 performed at the Tempo's fourth anniversary celebrations in Grenada was en-route to Jamaica from the show when eastern Caribbean airline Liat canceled the flight.

Jah Cure flew from Grenada to Barbados on Liat and was to fly from Barbados to Antigua to get a connecting flight to Jamaica. However Liat canceled the connecting flight which resulted in the team deciding to hire a private Jet to reach Asafa Powell’s show. Due to these delays Jah Cure arrived in Jamaica at approximately 2:30 on Monday December 21 when the show was wrapping up. Jah Cure is very disappointed at missing the event: “I am very upset at not making the show and that despite our best efforts it did not happen. I would like to apologize to my fans and to Asafa Powell who is doing great work with an effort like this. Missing the show was beyond our control, however we are still apologetic”

CEO of Danger Zone Music Group Delmar Drummond is also very disappointed at missing the show: “We were looking forward to this show maybe more than any we have done this year. The work that Asafa Powell is doing is commendable and we announce our support for any future endeavor of this kind by him.” 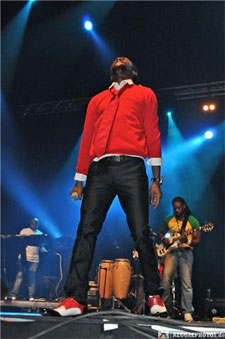 Jah Cure is slated to release several new tracks for the New Year. He recently did collaboration with Stephen Marley and Christopher Ellis dubbed End of Time. The song was recently released overseas and will soon be serviced locally. Jah Cure has had a very successful year; he hit solid with tracks such as You’ll Never Find and Call on Me with Phyllisia. He also went international in a big way, collaborating with Jason Mraz and Lil Wayne on Mraz’s I’m Yours remix. The song has been listened to over 1 million times on YouTube.

Now back in Jamaica, Jah Cure plans to spend some quality time this Christmas with family and friends after what has been a successful year for him in the music.