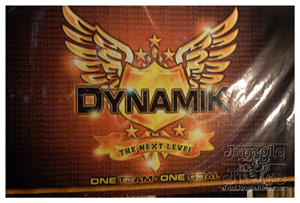 Makavelli Makamillion performed with the other superstar Orlando Octave. Orlando Octave did a good bit of his songs making a lot of people pull out their phone and cameras to take pictures and record videos.

CROWD:
The club didn't ram out but for D Cave that's always a good thing. If you ram out D Cave the party will be crap. Girls we looking nice and the party was jamming. It started to pick up after 12 though meaning it wasn't a teenie bopper party.

VENUE/ACCESSIBILITY:
Well at 1st D Cave was smelling frowsy but then that soon disappeared. The air condition held up this time so the place wasn't a sweat box making the party enjoyable.

VIBES:
Some people had fun other didn't. You could have gotten bumsees to wine on but some people just like to watch apparently. I never understood that. Instead of pelting waist you would watch somebody else doing it. It had a dancing competition where Lolabee Cellular gave away 3 phones. BB's of course.

FOOD/DRINK:
No drink specials. It as the regular Cave prices. $10 for Orange Juice direct from the small fruta  bottle too.

SERVICE:
The Bartenders was cool, Security was cool. It had a V.I.P. for people like me *hint hint* and 1 for the regulars. I didn't take a band because I'm too cool for that.