By Rhadi Ferguson
Published on 24-Jun-15
I spent my whole damn childhood trying to find out how to get to Sesame Street. And here I am.  Good into my adult years and I still can't tell you how to get there.  And trust me when I tell you that I've been looking.  And although to date, I have not found it. I can tell you that I have had the pleasure of meeting Big Bird and Elmo, but I've never ever reached Sesame Street. But it seems like a really fun time from all the videos that I've seen.

I can tell you, however, how to get to Front Street. 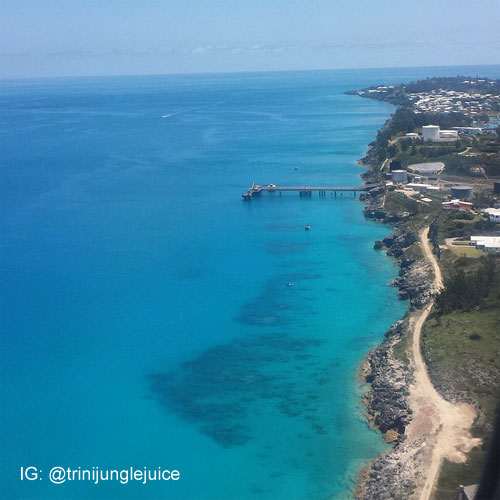 I spent my whole damn childhood trying to find out how to get to Sesame Street. And here I am.  Good into my adult years and I still can't tell you how to get there.  And trust me when I tell you that I've been looking.  And although to date, I have not found it. I can tell you that I have had the pleasure of meeting Big Bird and Elmo, but I've never ever reached Sesame Street. But it seems like a really fun time from all the videos that I've seen.

I can tell you, however, how to get to Front Street.

Front Street in Bermuda.  And I can tell you EXACTLY how I got there.

One day on my way home I got a text from Original Lime Flavour, Stephen Choo Quan and he sends me this mix and the text read, "Listen to this."

So, iz a Private Ryan type ah man and I really doh like changing up meh workout music if ah ain' even test de mix yet.  But, if Stephen say it's good, then I will take a listen.

So, here I am with this mix on the ready for my morning workout. 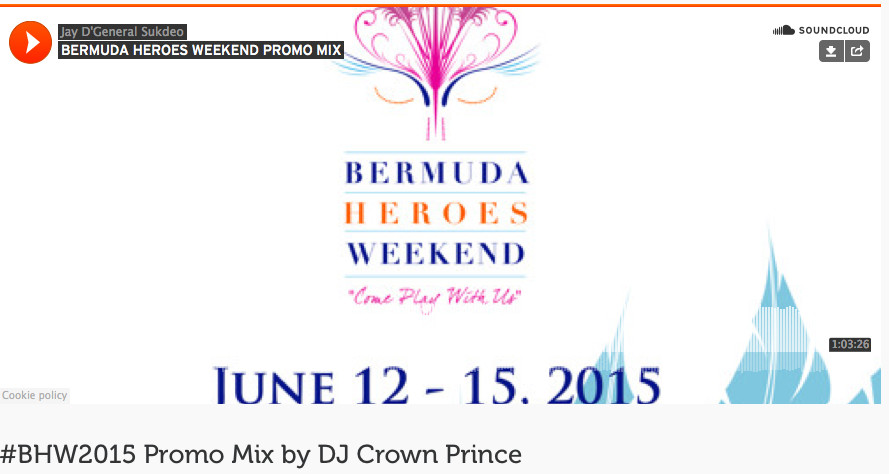 And after listening to the mix, I talked with Stephen and asked him, "When is Bermuda Carnival?"  He gave me the dates and I ran it up the flagpole with "The Boss" a.k.a. "My wife" and she approved the travel.

So, I get on the computer and book my flight to arrive in Bermuda (BDA) on Friday afternoon with a return flight on Sunday morning.  That way I would be able to do a quick trip and my wife would not be stuck with getting the kids ready for summer camp by herself on Monday Morning.

So I'm booked and ready to go. Friday morning comes and I hop on the plane. As is my usual practice and per www.TheUltimateRoadReadyGuide.com my bag is already packed and has been by the door for a few days.  All I have to do is grab it and go. And that is what I do.

Traveling to Bermuda is such a nice experience from the United States because its so close.  You are there in a matter of hours and from the east coast it's actually a shorter travel time than going to Trinidad.

Getting a flight to Bermuda is pretty easy...... Getting housing in Bermuda, well that is TOUGH!!

I am telling you right now that, next year for Carnival, hotels are going to be tough to come by. It was hard for me to get a place to stay and I booked relatively early.

I must say that the arrival experience in Bermuda was less than pleasant. For such a small country and with only one flight to be processed the customs process took MUCH LONGER than expected.  The quick flight experience was nullified by the long wait in the lines.  I've been in long lines before but these lines were not long at all. But the processing took forever.

Sometimes these things happen. This was one of them.  I must say that I was somewhat irritated but I think that occurred because I was so overjoyed with the speed at which I was able to get to Bermuda. So I think that contrast between those two events is what created that feeling. But I remember it vividly and that's probably why I'm still writing about and I haven't let it go as yet.  LOL!

After getting through the lines, I walked outside and was greeted with the most beautiful weather and pleasantries. The people were so nice and so was the young woman who served as my cab driver. She was just pleasant. I asked her, "Where's the garbage, the trash?"

I said, "The trash!!! There's no trash or garbage on the street. None anywhere! I can't believe this."

She replied, "Yes, many people notice that when they come here. They comment on how remarkably clean it is. We Bermudians do not litter. It serves no purpose to destroy the place where you live. We are not sure why other places do this."

She had a great point. At that time, I was somewhat ashamed. LOL.

As we were on the way to my hotel, Surf Side Beach Hotel  I asked if there was somewhere that I could eat.  I was informed that there was a gas station right down the street from my hotel.  I was taken aback that she would direct me to eat at a gas station.

Unbeknownst to me, but most of the gas stations in Bermuda serve as full scale eateries. You can get hot cooked food there, prepared sandwiches, and your normal run-of-the-mill snacks and drinks.  There are also salads and in some cases there are ice cream parlors inside of the gas stations.  It was unusual for me to see such an all-in-one type of situation at a gas station. I mean, in the United States we may have pizza, donuts, coffee and a Subway sandwich shop but the gas stations in Bermuda were like full scale eateries. I'm talking about Macaroni pie, rice and peas, ox tails, white rice, fried rice, stewed chicken, etc.,. And in some places there were cooks who would make whatever you ordered off of the menu. It was kind of nice and convenient.  But...... most of these places were closed at 12am save for a few.

I, unlike my TriniJungleJuice team members, eat all the time. So I bought sandwiches and chips and kept them in my room so when times got hard I would always be able to eat. I do NOT like being held hostage by my stomach or someone elses prerogative to satiate my need for food.  That is a recipe for disaster. So to eliminate all of that, I always carry my own food.  :-)  And in Bermuda, the restaurants in the hotels serve some great food but I can't pay $35 every time I eat. That's not sustainable.

So, when I reached the hotel, I secured some food and then I ate.

After eating I lied down for a moment to catch myself and then took a fresh to get ready for the party on Front Street.

The walk from the Fairmont to Front Street was relatively short and relaxing. And as we got closer the crowd began to thicken.

It was an excellent scene with families present and having a good time.

There were children and adults and great vibes. 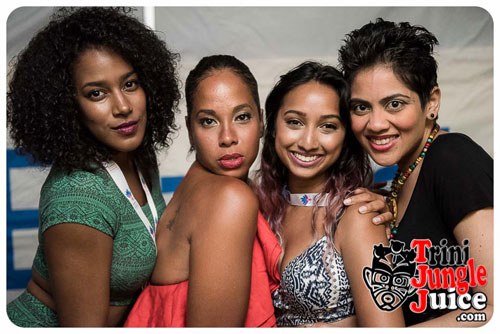 The behavior of the crowd was 100% appropriate for the persons on the scene. Of course there were nice wines being given and received but nothing was inappropriate per the population of people which were present.  I was observing and all behavior around the children was absolutely appropriate. There was more jumpin' and wavin' than wining going on. That was reserved for J'OUVERT!!! (MY GOODNESS, J'OUVERT WAS RAM!! But lehwe stay on message).

There was no misbehavior. No nothing. It had a real family vibe to it and it was nice. When I was there I was thinking to myself, "Man, my family needs to do this next year!" 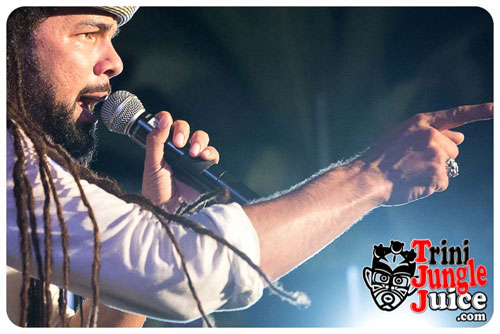 Lyrikal, Kerwin Du Bois and Kes performed for the Front Street crowd.  The feedback that I received was that Lyrikal's performance was solid and that Kes was outstanding as he did a 60 minute set.  Kerwin's performance left the crowd somewhat wanting.  A few observers referenced his behavior on stage when the sound system did not seem to be functioning properly and he showed he was disturbed by it.  They commented that it ruined their "vibe" a little bit and it disconnected them from his performance.  Personally, I didn't notice it but it's my job to report not only as how I see it but also how the people see it. I loved his performance. Some walked away a little bit disturbed by it. That's just the truth.

All in all the vibes were nice but I don't think I could capture the moment any better than Lee Quest did here: 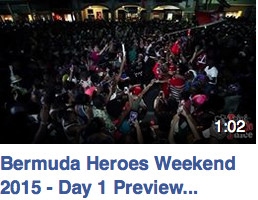