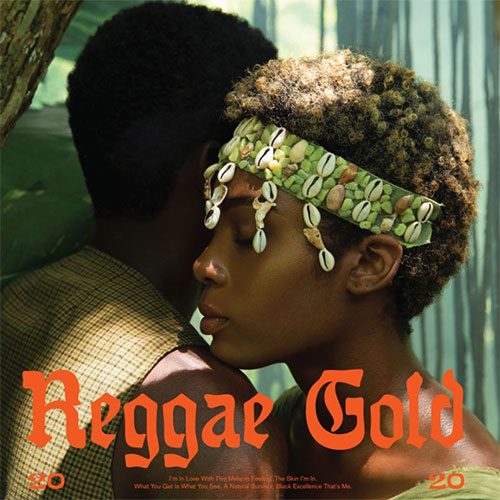 New York, NY - August 6, 2020 -- The highly anticipated Reggae Gold 2020 will be released on August 28th on VP Records. The album compilation includes some of the biggest reggae and dancehall hits over the last year and more. Pre-orders will be available tomorrow, August 7th.
Including a number of exclusive and lead tracks, Reggae Gold features "Different Ranking" from trap-dancehall artist Squash, "Inches" from the Queen of Dancehall, Spice, which glorifies the long lengths of her hair extensions, "Spend Nuff Money" by Noah Powa, "Mi Luv Yuh" by Queen Ifrica and "Nah Let Go" by Konshens. All singles have videos premiering leading up to the album release.

The album leads with two legends, Bounty Killer with "Lodge" and Beenie Man with "Blackboard". The two artists recently made history with their highly watched Verzuz Battle presented by Timbaland and Swizz Beats on Instagram. Also on the dancehall front are "Pretty Pon Snap" by Daddy1, "First Class Flight" by Jahvallani and "Big Big" by Christopher Martin.

On the reggae side, the album boasts a number of popular VP tracks of 2019 and 2020 such as "Valley of Jehoshaphat" by Reggae veteran Richie Spice, the introspective "Note to Self" by Jah9 featuring Chronixx and the romantic "Only You" by Jah Cure featuring Mya. Also on the album is "Best of Me" by Romain Virgo and "All Woman" by Ikaya.

Other notable mainstream tracks from the past year “Toast ” by Koffee and “Dumpling” by Stylo G featuring Sean Paul and Spice. Emerging artists Stalk Ashley with "Young" and Potential Kidd with "Jump Pan Mi" are also in the mix.

“We have had so many notable hits on the label over the last year, so putting this together was seamless", said Neil “Diamond” Edwards, Senior Director of A&R at VP Records. "With the exclusive tracks and everything else, there is something for everyone, its a real solid collection," he concluded.