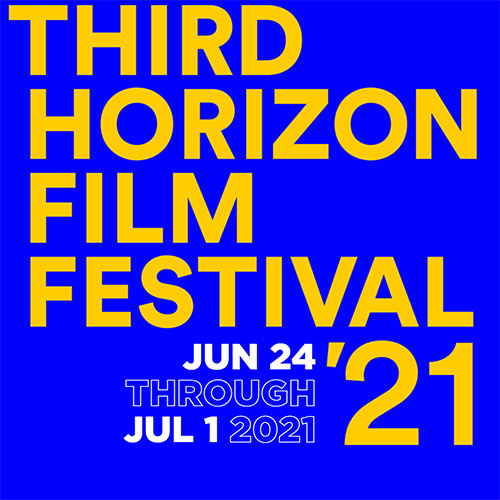 Miami-FL - (June 1, 2021) - Deemed one of the "25 Coolest Film Festivals in the World" by MovieMaker Magazine in 2019, the Third Horizon Film Festival returns for its fifth edition. This year the festival will be hosted hybrid style with a thoughtfully curated mix of in-person and virtual screenings beginning June 24, 2021, through July 1, 2021, in Miami, Florida.
For the first time, the festival will be broadcasting to a global audience, sharing Caribbean culture through penetrating cinema, insightful discussions, and electric music and visual art. Tickets are now available via thirdhorizonfilmfestival.com. Virtual attendees can access the festival directly on the website or through the official Third Horizon Film Festival app, available on Amazon Fire T.V. Stick, Apple T.V., and Roku. Those interested in an in-person viewing experience can attend four screenings and three parties hosted at the Nite-Owl Drive-In and one screening and extended panel discussion at the Pérez Art Museum Miami.

"We've envisioned this edition of the festival as an underground Caribbean television station sending an urgent signal out to the world for one week in the middle of a historic summer; we're aiming to bridge diasporas and regions with this one," says Jason Fitzroy Jeffers, Co-Festival Director and Co-Executive Director of parent organization Third Horizon, an award-winning Caribbean filmmaking collective. "The Caribbean is the crossroads of the world, between the east and the west, the old world and the new. We are descended from people all across the globe: Taino, African, Asian, Spanish, French, Dutch, you name it. The stories forged in this cultural furnace—which come to life in the incredible films we're screening—have so much to share with the world."

With its move to a hybrid model with virtual screenings, THFF has expanded from four days to seven, featuring its largest and most robust lineup yet of 12 feature films, three medium-length films, and 46 short films. 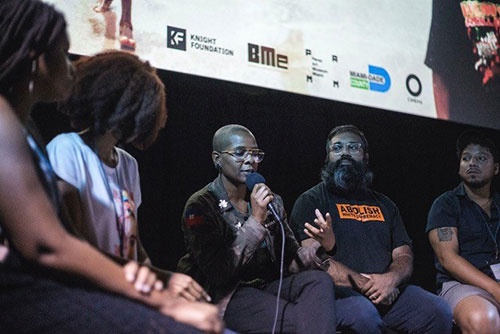 "Our ongoing evolution has guided this year's film program as a celebration of thoughtful cinema from the Caribbean, its diaspora and beyond, but just as much as by the seismic events of the past year," says Jonathan Ali, Director of Programming. "This is the most inclusive we've ever been in our selection, with the most countries we've ever had represented in our lineup. It's a deliberate mix of fiction, non-fiction, hybrid, and experimental work, reflecting an outlook of global solidarity in this moment of precarity and potential, and also promises an unforgettable viewing experience for audiences."

As is tradition, the festival will feature a virtual artist exhibition featuring the engaging work of Miami-based Haitian-American artist Edny Jean Joseph and New York-based Trinidadian-American/Barbadian-American artist duo Intelligent Mischief. The festival will also host three parties at Nite Owl Drive-In curated by acclaimed Trinidadian-Venezuelan DJ and event producer Foreigner, one of the most exciting creatives on the underground L.A. scene.

Finally, the festival will host three panels, in addition to a three-day seminar immediately preceding the festival called Caribbean Film Academy, details of which are soon to be announced. Together, the workshops and seminar offer Caribbean filmmakers worldwide an opportunity to gather to learn from some of the leading voices in Caribbean cinema virtually.

"There are very few film programs in the Caribbean, especially the English-speaking Caribbean, giving students an in-depth understanding of the industry and craft, and many of our most talented, emerging filmmakers often have to head abroad to further their education and careers," said Romola Lucas, Co-Festival Director and Co-Executive Director of Third Horizon. "For those who can't go overseas to attend film school, we are bringing film school to them with this program." 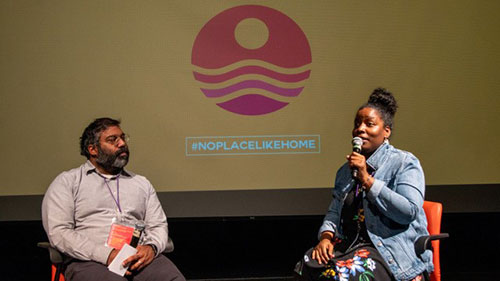 Set in the Dominican Republic in the 1920s and based on a true story, Liborio chronicles the life of its title character. This peasant disappears in a hurricane and returns as a prophet. He says he’s been given a mission to bring the good and take away the evil, curing the sick and teaching by example. People begin to assemble by his side. They move to the mountains to have total freedom and develop their dream of an independent community – everything changes when the invading US Marines want to disarm and disband the community. Liborio wants to avoid a confrontation, but they know they can’t run forever. (Dominican Republic)

Stateless, the new film from Michèle Stephenson, the critically acclaimed filmmaker of American Promise, looks at the complex politics of immigration and race in the Dominican Republic and Haiti. In this dangerous climate, a young attorney named Rosa Iris mounts a grassroots campaign, challenging electoral corruption and advocating for social justice. As Rosa balances her congressional run with her dedication to her family and community, the full scope of her fight is revealed.  (Dominican Republic/Haiti)

*Followed by an extended discussion with Stephenson, the film’s subject Rosa Iris Diendomi, and France Francois, founder and CEO of In Cultured Company, an organization that works on conflict resolution and reconciliation between Haitians and Dominicans. Moderated by Third Horizon filmmaker Monica Sorelle.

Saturday, June 26, 8:30 pm + 10:30 pm | Nite-Owl Drive-In and Tropical Market
In She Paradise, Sparkle is a naïve 17-year-old girl seeking community and excitement when she stumbles upon a free-spirited dance crew who invite her to their next audition. Welcomed despite her lack of street smarts, she soon meets Skinny, a rapper who’s immediately taken with her wide-eyed innocence. Navigating this thrilling yet sinister new world that revolves around nightlife and cash, Sparkle finds her fate in the hands of those with power in this seemingly postcard-perfect setting, with misogyny brewing beneath the surface. (Trinidad and Tobago)

Studio 17 tells the compelling story of the Chins, the Chinese-Jamaican family behind one of the actual birthplaces of reggae music. Located in downtown Kingston, Studio 17 became a legendary recording studio right at the heart of the music revolution that began after Jamaican independence from Great Britain in 1962. (UK/Jamaica)

*Preceded by a warm-up lime at the drive-in at 6:30 pm curated by Foreigner.

In Bantú Mama, a French woman of African descent escapes after being arrested in the Dominican Republic. She finds shelter in the most dangerous district of Santo Domingo, where a group of children takes her in. By becoming their protégé and maternal figure, she will see her destiny change inexorably.

The festival was founded in 2016 by Third Horizon, a Caribbean filmmaking collective. Its films, such as Papa Machete and T, have screened at some of the world’s most prominent film festivals such as Sundance, BlackStar and TIFF, with T  being awarded the coveted Golden Bear for Best Short Film at the 2020 Berlinale, the Berlin International Film Festival, known as one of the “big three” film festivals in the world alongside Cannes and Venice. In 2020, Third Horizon merged with the NYC-based nonprofit Caribbean Film Academy—co-founders and joint producers of the festival—to create the new and expanded Third Horizon.

Third Horizon is also proudly supported by JustFilms / Ford Foundation. As part of the Ford Foundation’s Creativity and Free Expression program, JustFilms funds social justice storytelling and the 21st-century arts infrastructure that supports it. The projects and people it supports inspire imaginations, disrupt stereotypes, and help transform the conditions that perpetuate injustice and inequality. For more, please visit fordfoundation.org.