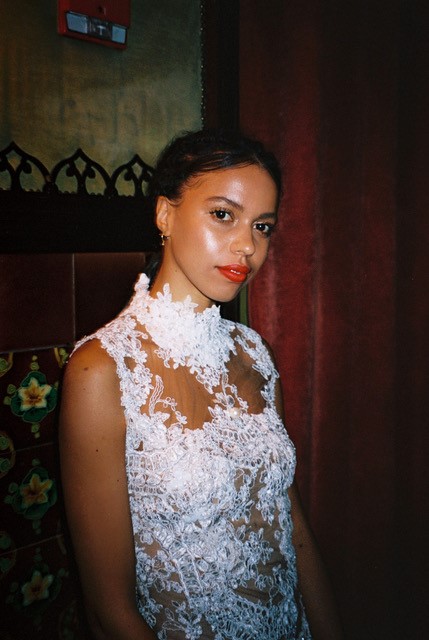 Third Horizon Film Festival in Miami Celebrates Exciting New Wave of Cinema + Creativity Emerging from the Caribbean and its Diaspora
Deemed one of the "25 Coolest Film Festivals in the World" by MovieMaker Magazine in 2019, the Third Horizon Film Festival returns for its fifth edition. This year the festival will be hosted hybrid style with a thoughtfully curated mix of in-person and virtual screenings beginning June 24, 2021, through July 1, 2021, in Miami, Florida.

For the first time, the festival will be broadcasting to a global audience, sharing Caribbean culture through penetrating cinema, insightful discussions, and electric music and visual art.

Tickets are now available via thirdhorizonfilmfestival.com. Virtual attendees can access the festival directly on the website or through the official Third Horizon Film Festival app, available on Amazon Fire T.V. Stick, Apple T.V., and Roku. Those interested in an in-person viewing experience can attend four screenings and three parties hosted at the Nite-Owl Drive-In and one screening and extended panel discussion at the Pérez Art Museum Miami. 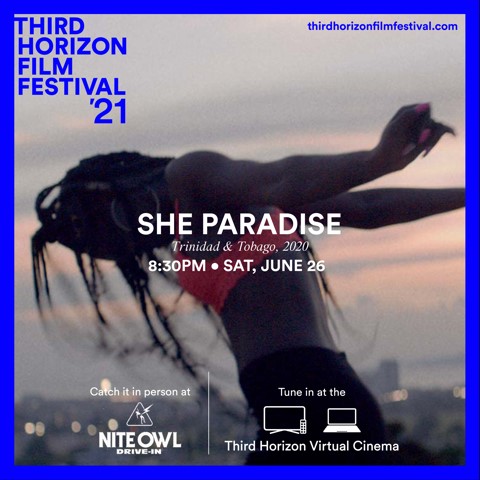 Synopsis
Seventeen-year-old Sparkle spends her days taking care of her grandfather when she discovers a free-spirited Soca dance troupe. Initially shy and tentative, Sparkle soon lives up to her name, forming friendships within the troupe and earning more money than she ever has, performing in parties and music video shoots. Yet, the dark, exploitative side of the entertainment industry and the society Sparkle lives in is never far away. Eventually, she must decide if she's willing to do what it takes to achieve ultimate success.

About the Director
Maya Cozier was raised by artist parents—Irenée Shaw and Christopher Cozier—in the Caribbean twin islands of Trinidad and Tobago. She gained years of experience working as a dancer/choreographer for music videos and television shows before transitioning into directing them. Her short films have shown at festivals internationally, winning awards at the Curaçao International Film Festival Rotterdam and Trinidad and Tobago Film Festival. She is currently pursuing an MFA at Columbia University.

Saturday night gets going at Nite Owl Drive-In with a Soca lime—featuring D.J.s curated by Foreigner—prepping the audience for the music-oriented features to follow. Details TBA.

Entry to this event is included in your purchase of a Drive-In ticket to She Paradise.

About Third Horizon
Third Horizon is an award-winning filmmaking collective dedicated to developing, producing, exhibiting, and distributing film and other art forms that give voice to stories of the Caribbean, its Diaspora, and other marginalized and underrepresented spaces in the Global South. Their films have been screened at festivals such as Sundance, BlackStar, Berlinale, and TIFF.