By Idea Ventures
Published on 09-Apr-12
Vybz Kartel (born Adidja Palmer, Jan. 7, 1976) is a Jamaican dancehall deejay. He was born at Kingston's Victoria Jubilee Hospital, and was one of six children. Originally from Waterhouse, Kingston, he was raised in the Waterford district in the community Portmore, Jamaica. Adidja attended Calabar High School in Kingston but was expelled as a teenager. Determined to continue his education, he completed his studies at a tutorial technical school. 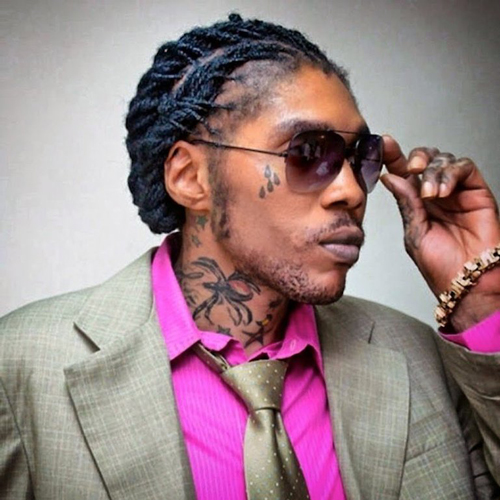 Vybz Kartel (born Adidja Palmer, Jan. 7, 1976) is a Jamaican dancehall deejay.
He was born at Kingston's Victoria Jubilee Hospital, and was one of six children. Originally from Waterhouse, Kingston, he was raised in the Waterford district in the community Portmore, Jamaica. Adidja attended Calabar High School in Kingston but was expelled as a teenager. Determined to continue his education, he completed his studies at a tutorial technical school.

He was exposed to a wide variety of music from a tender age by two uncles who were themselves aspiring musicians. Every weekend he was treated to new musical offerings, on his uncle's old component set, ranging from Sam Cooke to country and western ballads to Ninja Man, who became one of his musical heroes.

At 10 his favorites included artists as diverse as Ninja Man, Papa San, Charlie Chaplin, Will Smith and KRS-1, all of whose lyrics he would study word-for-word, performing them later for friends.

He decided he wanted to be a deejay and began writing his own lyrics when he was 11. Eager to flaunt his skills, Adidja and his friends frequented the weekly Gong Talent Show at the Coney Amusement Park on the outskirts of Kingston. To their chagrin, they were always gonged off when they got a chance to perform.

Undeterred by his weekly failure to impress the talent show audience, Adidja decided to hone his skills and concentrate on winning over his own community of Waterford until he was ready for bigger things. With that goal in mind, on weekends he would practise on neighborhood sound systems Soul Signal and Electric Force.

In 1993, Adidja recorded his first single, "Love Fat Woman," for Alvin Reid's One Heart Label under the name Adi Banton, a name he chose in tribute to a role model, Buju Banton. He recorded several more tracks for local producers, perfecting his craft.

In 1996 he and two friends, Mr. Lee and a singer called Escobar, decided to form a group. One night, after watching a movie about Pablo Escobar and his infamous cartel, Adidja came up with a name for his trio: Vibes Cartel.

Vybz Kartel's new role as Killer's protege caught the attention of the public and led to a meteoric career rise, first as a ghost-writer for Bounty, Elephant Man and other members of the Scare Dem Crew, followed by collaborations with Bounty Killer, such as "Gal Clown" and "Girls Like Mine (Liquid Riddim)."

He came into his own with early hits like "Gun Clown," "Guns Like Mine (Trafalga Riddim)," "Badman (Panty Raid Riddim)," "Bus Mi Gun Like Nuttn," "Most High (Mexican Riddim)" and "War Organizer (Clappas Riddim)." He also had a string of successful collaborations with Wayne Marshall, including "New Millennium (Mad Antz Riddim)," "Why (Krazy Riddim)" and "Why Again (Good To Go Riddim)." This unprecedented debut led to Vybz Kartel being crowned 2002 Deejay of the Year at Stone Love's 30th anniversary, a feat unmatched by any new artist in dancehall.

Kartel has–aside from incredible rhymes and subtle, clever pop culture references–a unique lyrical flow all his own. It is to be noted that Kartel rarely does dance "chunes" along the lines of Elephant man or Beenie Man. Nevertheless, he has already had several high-profile collaborations with international hip-hop and pop stars, and is being touted as the next big thing in dancehall.

In terms of singles sold, he has had the second-best year on the 2003 reggae charts, outsold only by Elephant Man, and has released two albums this year for UK label Greensleeves. He was featured twice on the Def Jamaica project, and nominated for Source, VIBE and UK MOBO awards. His MOBO nominations, along with those of Beenie Man, Elephant Man and Sizzla, were subsequently withdrawn over concerns of homophobia, a common issue with dancehall reggae in general.

His video for "New Millennium/Why," with Wayne Marshall, though decidedly low-budget, has seen play on MTV. His underground following is so large that a bootleg version of, in his own words, "a very, very low budget film" made in 2001 has begun circulating. He has two albums, several mixtapes and a prolific library of singles.

In 2005, Vybz and Bountkiller fell out after Vybz preformed a song with Di Angel, Beenie's former girl, "Yuh Know Yuh Baby Father." Vybz walked out of the Alliance. Aidonia also left, because he took Vybz side, falling out with Busy Signal and making the song "Adid A Mi Daddy Who Wa Vex Wan Vex." It was said Vybz took side with Beenie by showing up at his wedding. Vybz said Beenie was his artist and would not and that's as far as it went. Afterwards, he and Movado which led to throwing of words through songs like "Movado di Failla," "Them Start War and Dead" and "Them a Pu@#* Pon di Battle." But this mis happas only made Mr.Palmer express his war side.

Vybz is the head of the territorial gangland in Portmore known as the Gaza and Mavado is the same for the Gully. Due to their feud a physical war arose between people in the two areas. Fans loyal to each artist have taken part as well. Their fan base in the youths has been seen, as entire schools claiming to be Gully or Gaza supporters have been known not just in Jamaica but in other Caribbean countries such as Trinidad to break out into physical war resulting in stabbings and street fights.

Following the 2009 Summit of the Americas the Jamaican government called a meetings between Vybz Kartel and Mavado calling on them to end the war. Since its conclusion both artists have turned away from war songs and focused on different topics, Kartel on women and Mavado on uplifting the people, although both still make songs of all types.

Following differences with record label Greensleeves, Vybz Kartel changed his name to Addi Di Teacha near the end of 2006. All new material he produces will be released under this name. Greensleeves will continue to release his older, unreleased material under the name Vybz Kartel.

He now owns the label Portmore Empire, founded in 2007, on which releases new deejays' music. To clear up why this was done he had an interview with Antony Miller. "If I had join Moffia House, I would be taking side which I said I would not do," he said.

He owns a rum called STREET VYBZ as well as a condom line called DAGGERING.

Recently, he collaborated with artists like D.I. aka Daniel and Di Angel–Beenie man's former wife. But that's another story...

In 2011 Kartel has recently come under fire for bleaching his skin, something that is frowned upon in Jamaican culture and even Kartel spoken against it in past songs. He has come under even more fire for his rumored involvement in devil worship with a satanic group known as the Illuminati, which is known to have other popular musicains such as Jay-Z, Kanye West, Rihanna.
Find on Social Media
Facebook - https://www.facebook.com/vybzkartelmusic/
Instagram - https://www.instagram.com/vybzkartelvine/
Twitter - https://twitter.com/Vybz_Official
YouTube - https://www.youtube.com/channel/UCZZx2Uaheeu1OGUBbWSbnPg
:: Caribbean Artists Profiles Main ::