A Storm Is Coming: This Time It Is "Wha' We Drinking" For "Carnival" 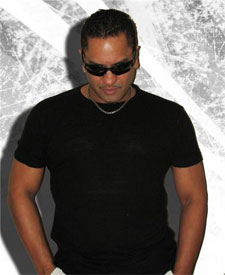 Hurricanes normally come from West Africa and make their way through the Caribbean, however this time there is a storm here…right here in Trinidad. It came by way of Toronto carrying with it sounds, music and vibes that is destined to leave Port-of-Spain in a state; a state of excitement because this force of nature is none other than SW Storm blowing in from 3 fronts with three powerful songs.

Born Sina Wayne Maraj, to London-based Trinbagonian parentage, SW Storm has been consistently performing and releasing Soca music throughout the UK and other parts of the world for over ten years. He has actually been touching down here for quite a while, a refreshing addition to the carnival scenario; he has impressed us with some eye catching videos and more recently has created quite a stir in the Chutney Soca arena with his 1st release “DE HAMMER”. This year he leaves Piarco and heads straight for the road!

His first single “CARNIVAL” is not the regular jump and wave, throw yourself down on the ground kind of song but an uplifting, dance motivating and down right groovy track, designed for chipping.  According to Storm; “The melody came to me…I closed my eyes and imagined being on the road for Carnival, when I opened my eyes I was singing the chorus and the song was built from there” What has emerged is a clever sing along “lavway” that recalls the golden era of Mas when the focus was more on the waist than the waving. The song which has been creating quite a stir for Carnival 2k10 was produced by Neil Bernard and has secured Storm a spot in the Semi final round of the Soca Monarch competition.

Carnival is about the spirits, those that we feel and those that we imbibe! Storm has decided to enter the “rum song” ring with his second single entitled “WHA’ WE DRINKING.” This Darryl Braxton produced track, is about variety, when you have to make a choice especially in some of these all inclusive shindigs (Storm is already booked for quite a few!) the answer is; “we drinking everything! Just bring drinks!” Much like KMC’s runaway hit last year “Im not Drunk” this track is poised to become the next drinkers anthem. Storm however, urges all drinkers to designate a driver and know their own limits as well.

Storm’s genuine and unique approach to Soca music and music in general is greatly admired by many in the entertainment industry and is what fuels his enthusiasm to continue creating music; his lyrical content is always fresh and his love for Trinidad and Tobago and Soca is hard to disguise. With confirmed bookings after carnival  in New York, Miami, London, Guyana, Toronto and other destinations Storm promises to continue “Ponging with De’ Hammer”  Stay tuned.