'What Goes Around' premieres to sold out South Florida crowd 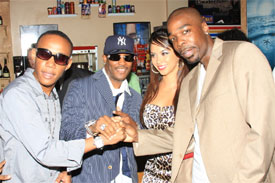 New York, NY (Ms. Raine Inc.):  Scores of movie goers packed the Cinema Paradiso Theater this past Sunday to view Sunrason Films' What Goes Around, a sordid tale of love, lust, revenge, remorse --- and everything else that comes with the ups and downs of romance and relationships. While the audience hooted and shouted at the films many colorful characters and comedic scenes, they took to heart the film's central message of HIV/AIDS awareness and prevention, particularly for young African- and Caribbean-Americans.

Shotta's director Cess Silvera, and popular Jamaican show host MC Nuffy were among the audience members who left the theater, raving about What Goes Around.

"This film is going to take off," stated a very enthusiastic MC Nuffy, who was vacationing in Florida. "I can't wait to go back to Jamaica and start promoting this film. It has some very strong messages about AIDS and promiscuity, but it also has some subtle messages; there were no guns fired, no stabbing or killings--all of the characters dealt with their conflicts without resorting to violence, which is something that is important for youths in Jamaica to see."

"I thought the film was awesome, really well done," stated Silvera, who flew in from Los Angeles to attend the premiere. "Tehut Nine did a fantastic job." 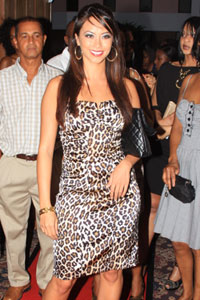 "I really enjoyed the film," stated Judi Hamilton, producer of the local talk show "The Maxine Tulloch Show." Hamilton, who is in the process of planning a Caribbean component for South Florida's World AIDS Day observances in December, went on to say that she was "impressed with how the film really brought home the importance of safe sex especially with HIV/AIDS spreading so rapidly in the Black and Caribbean communities."

With upcoming screenings in Washington DC, Atlanta, Philadelphia New York, Jamaica, and Toronto, Tehut Nine is positive that this film will be bigger than last year's hit film Bashment: The Fork in the Road.

"'Bashment' was a successful underground hit in the Caribbean community, and it helped propel my name as a filmmaker," states Tehut Nine, who is commonly called 'the Jamaican Spike Lee.' "But 'What Goes Around' is definitely a mainstream film, a film that anyone can relate to -- a film that everyone needs to see."

For more information on upcoming screenings, visit www.sunrason.com or www.myspace.com/whatgoesaroundmovie.