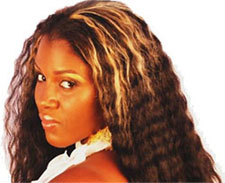 The Portmore Empire invested a substantial amount of money in the career of singer Kim Hamilton--filming music videos, printing promotional posters and clocking several hours in the studio honing her talent. We're disappointed that she felt the need to issue a press release to the media announcing her departure from the record label, Adidjaheim Records, without first notifying the company. This is particularly disturbing given the fact that she is still under contract and the record company has fulfilled its end of the agreement.

Nevertheless, we understand and respect her decision to leave even if we don't agree. We are prepared to negotiate the terms of her contract, to grant her creative freedom, while minimizing the impact on the company, as is customary in matters of business.

This latest statement comes on the heels of a week-long firestorm of controversy surrounding an alleged attack on Kym at the hands of four men she claims to be affiliated with the Portmore Empire. Early this week, Vybz Kartel released a statement condemning the alleged attack on the 17-year old singer.