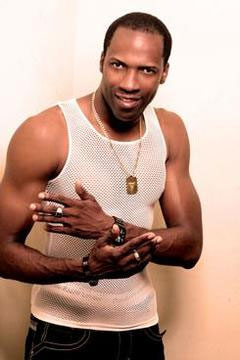 He’s been extremely quiet following the hectic Carnival 2010 season in Trinidad and Tobago. Despite him being on the down low in T&T however, Shurwayne Winchester, the island’s crowned Groovy Soca Monarch champion, has been hard at work.

Making the journey from one island to another, Winchester and Y.O.U, have in the past three months ensured that the music they stole the season with in February was embraced by Caribbean people near and far, as the months tarried forward.

Now, just as the election fever in T&T has ended and even as many remain concerned about what lies in wait, the Tobago-born soca star is unleashing another perfect anthem in honour of his island and the people within.

“Paradisin,” a track written by Winchester, is symbolic of what remains constant in Trinidad and Tobago. The people and the land and what the elements of each mean for the island’s continued strength within the Caribbean and even on a global scale, is well documented and added to chords and notes that reflect Shurwayne’s true capabilities, the world will sing praises to this genuine effort.

According to Shurwayne, the song, which was written some three years ago, depicts the beauty of T&T’s people and the island in itself, highlighting the traits of the men and women who make the island what it is. It also reminds the island’s people of what they have been blessed with- a culture, food, land and human nature that’s adored by millions around the world. With big plans in the pipeline for the next few months, even amid rehearsals, shows and new recordings, Shuwayne’s once again guaranteeing music lovers that the best is yet to come but even before the best is unleashed, Paradisin and the others that will follow are mere reminders of the very high standard he subscribes to.

Log on to www.shurwaynewinchester.com to keep abreast of all that’s taking place with Shurwayne and YOU.