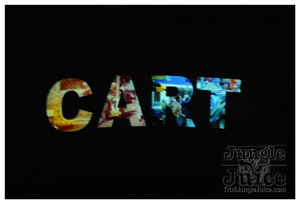 When last you thought to yourself …”hey, thinking about going to the movies”, and Globe Cinema came to mind. If you are the average Trini, the answer is probably … wow … not in ages, if even at all … lol! Since the opening of Movie Towne, where people go to see movies has changed drastically.

Well on a Saturday 4th September, TJJ ventured down to Globe for the 12 o’ clock showing. It wasn’t to watch the regular block busters however, but to see a special feature called CART, an independent Film by Kwynn Johnson. Now a movie is never really something to be late for and so we arrived for 12 as scheduled.

Upon arrival we ran into a score of people in the lobby area, all socializing amongst each other until it was showtime. When that time came, folks started making their way inside. There was a slight mix up here however … people started heading into “House” and not “Balcony” where they were suppose to … lol! Probably because there is no such option in Movie Towne and they had to re-adjust!! No worries … everyone was soon upstairs in Balcony ready to see the movie. 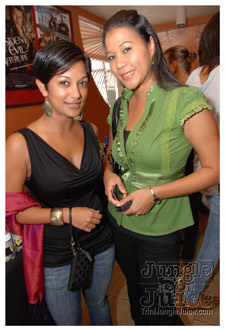 After a brief introduction by Kwynn as to what the movie line up was going to be, the lights dimmed and the silver screen lit up. Now if you can’t remember, when you came to see a movie in Globe, it was never just one movie … always a Double! So today was no different … then again, come to think of it, invited guest were given an extra treat … a Triple feature!!!

Quoting from the director, “Cart is a documentary on the long-standing tradition of box-carts in the Harts Carnival Band.” The 20 minute feature gives insight on not only the cart itself, but also on the people behind it all. It shows how the cart has kept up with changing times, by continually adapting and improving, allowing it to not only remain functional but also modern as well. It’s said that these same carts are the forerunners of today’s large drinks trucks … food for thought.

After the showing invited guest then returned to the lobby area, where they chatted and conversed amongst each other. Refreshments and some tasty treats were also readily available for anyone wishing to indulge. Folks probably stayed back and enjoyed themselves for roughly over an hour, before the gradual vacating began. Being one of the last to leave, the many memories of coming to the movies at Globe rushed through our minds. Oh how the times have changed …