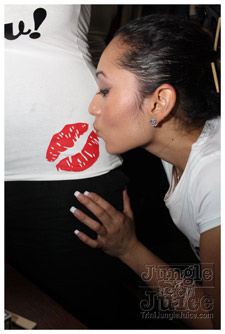 CROWD:
Dame Du Show presents RAW… TJJ not so long ago covered the previous event for these promoters and I think we gave them a massive big-up for the DJ's they had on deck, and I'll give RAW the same rating. The vibes was more than good, the crowd was given a great taste of musical entertainment and I believe they got more than their money's worth because one of the DJ's went as far as mixing music videos, so the ravers who came with two left feet went home with a few dance moves as well … But what the heck some people just can't get it right even when they have the answer sheet in front of them.

VENUE/ACCESSIBILITY:
The Fence, located in London's Farringdon - decent venue, clean, spacious,and has a smoking section for all you cancer lovers. The venue is very easy to get to, with Farringdon tube station just a minute walk, plus a decent amount of night buses to central London.

VIBES:
I believe these girls have great scouting talent when it comes to entertainment, it was another energetic night with great musical vibes to satisfy your urban thirst. The DJ's were DJ Cinderella (Dame Du Show) she was on her ones and twos playing the ladies choice, DJ Bigtunez spinnin what else but BIGTUNEZ, and VJ Nim's (Paris)… Now Nim's is the talking point - this guy is serious about his musical craft, not only was he on point with his selections of tunes, this guy mixed and blended his tracks to perfection with scratching and everything. If you are a fan of creative mixing then I recommend you to check VJ Nim's out… And talking about being fancy, VJ Nim's is on another level, incorporating the new DJ skill of video mixing, so check him out.

Huge shout out to the Dame Du Show promoters for putting together another great event and for having TriniJungleJuice as part of your movement. TJJ would also like to say thanks to all the staff who did their part making RAW an enjoyable night for the ravers!!! We would also like to give a special thanks to all those who attended this event, making it an interesting night for us to carry out our event coverage adventure.