Sweetbread for Christmas (A Mastamind Christmas 5) 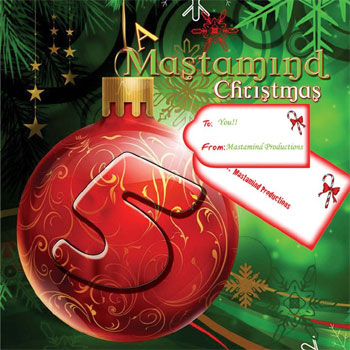 Who knew sweetbread could not only taste good but sound good too. Confused? Don’t be, We are referring to the latest composition by Shawn Mastamind Noel, featured on his annual Soca parang album entitled A Mastamind Christmas 5. From the strumming of the cuatro, delicious sound of madolin and the tasty sound of the fiddle, Sweetbread has become just as infectious as Black Cake and Sorrel a Christmas Classic in Trinidad, also composed by Mastamind.

Shawn“Da Ma$tamind” Noel's name has become well known amongst everyone who is anyone in the Trinbagonian music business. At 27, he has defied the odds placed against him by naysayers, who told him as a teenager that music could never be a thriving career, and also those who thought, out on his own he would crash and burn. Despite the seemingly impossible task in an industry that is known to be ruthless to all who tread its path, Shawn has managed a meteoric rise from throwing a tantrum at age 7 in order to play Parang in the family group to now becoming one of the most sought after producers and composers of Caribbean music in the world.

If music is Shawn’s heart, Parang must occupy at least a single chamber all of its own. After all how else could one explain 4 successive, widely sold Christmas Parang albums with some of the veterans in the genre, such as Poser, Leon Coldero, Ajala and Crazy, culminating in the fifth in the series, A Ma$tamind Christmas 5, which is already surpassing estimated sales everywhere Parang is loved.
Many may have missed this but for each of those albums Shawn has been the music composer and producer on all the tracks, and co-writer on quite a few tracks, in addition to being a featured artiste on each album. Those are quite a few hats for one young man to wear, but as this album and all the other work he has ever been a part of shows, nothing but the highest quality in musicianship is worthy of wearing “Da Ma$tamind’s” stamp on it.

This accomplished musician, and gifted instrumentalist continues to awe and stun those pesky naysayers into becoming his most ardent fans. Especially when they find out he plays each and every instrument, on his Parang albums. Looking on the outside there appears to be very little this Ma$tamind cannot attain. However, when asked he proclaimed “I want to see my music, our music, Trinidad and Tobago music and its musicians, recognised worldwide for the masterful work that it has been sharing the entire world for the pure genius that it all truly is.”

Thus far the Ma$tamind is doing his part to bring Trinibagonian musical culture to the world, and with that kind of talent unceasingly pressing forward album after album and hit song after hit song, both behind a mic and behind the production board, it is only a matter of time before Trinidad and Tobago music is in the ipod, phone, and radio of everyone who loves good music internationally.