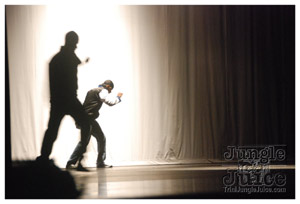 On Sat 30th April 2011, Elle NYTT took the stage of NAPA by storm. With a wide variety of different styles and genres of dancing, from a range of age groups the youngest (6 years) to the oldest (38years). Elle NYTT formerly known as Elle Incorporated established in Trinidad and Tobago in 2007 spread their wings and launched a branch in New York in 2010. Elle NYTT main objective is to continue to develop the dance industry in Trinidad and Tobago as well as market the country internationally.

Elle NYTT has specifically targeted the youth this year, as they believe that dancing as an extracurricular activity can greatly assist in occupying the young adults instead of them being less productive they get to exercise and socialize while having FUN!

It was certainly fun to watch the young adults show their moves and put so much passion into their work. The show was definitely a night of entertainment for the entire family. TJJ was proud to see the youth of Trinidad and Tobago shining in all their glory on the stage like they did.

If anyone is interested, Elle NYTT offers classes at their studios in Cascade and Curepe in modern, folk, ballet, hip hop, Latin, soca and dancehall for both kids and adults.