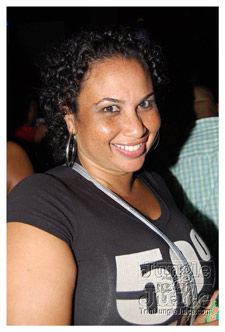 A long standing Atlanta event, the 'Atlanta Jouvert' lived up to it's hype for the 2011 Atlanta Carnival. Titled V.I. Wuk Up vs Trini Fete....This party was one for the ages. With DJ's representing both sets of Islands, the party goers did not for one bit, starve for music selections throughout the night. And though Jouvert, (A French term meaning 'The Beginning') is a form of celebration dating back to the slavery days, where slaves would paint their bodies in oil and mud, which can still be seen at the major Carnival celebrations around the world, this particular event gave true meaning to the tern 'The Beginning.' It truly was. The Atlanta Caribbean Carnival...would not be what it is without this event....the one that kicks it all off.....the one that starts the show..the one that sets the tempo!!!

CROWD:
The crowd was great. The turnout was consistent with the previous years of the event.....it was sold out! Being extremely diverse, this crowd truly represented the caribbean in it's entirety. Even though there was no dress code in effect, one can tell the difference between the caribbean people who were ready to party and the first timers who weren't sure what to expect. But....for one celeb, one thing that will not go out of style for him is his hair....Soca singer Talpree was 'very present' at this event.

VENUE/ACCESSIBILITY:
The location was accessible with lots of parking. fortunately Krushmore Ent. always have a great following and the crowd continues to grow every year. It may, one day, outgrow this venue. The entry to the parking, is off a major road and it caused a bit of a back up. However, the parking was well organized. The interior setting could not be helped. this venue is set up for parties and concerts. The temperature was good, but as always... who doesn't know what happens to soca lovers when de music start to play?

VIBES:
The vibe was good...especially at the beginning. The party goers were certainly into the event. The DJ's of the respective Islands, did their best. The V.I had Kevy Kev and Optimistic, while T&T had DJ Stephen and Tony Tempo...just to name a few.  However, the system that was in place for the transition from one DJ to the other, did not sit well with the excited crowd. It was not smooth and became a bit noticeable to the patrons. Yet, once the music started...it was on! 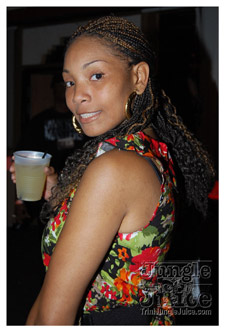 FOOD & DRINKS:
Drinks were good. Top premium drinks were all available but food was a bit hard to find. But once found, it was of limited variety. A cash bar is always good
SERVICE:
Service was good. The servers were fast and effective. Event goers did not have to go very far to get their drinks. There were even waitresses passing through the crowd receiving orders from patrons. This was a plus.

Overall, the Atlanta Carnival Jouvert Jam was a success. It truly starts the carnival. Thanks to the promoters for showing TJJ some love. Thanks True. And 'Talpree'...was nice seeing you boss. Keep up the good work. The TJJ team had a great time and we are sure to be back in 2012.

Joy Juice Out And About