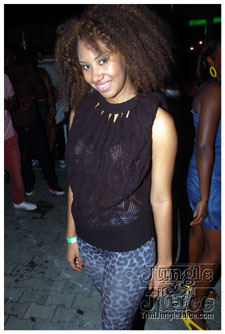 Before the Jokey One begins this review, I have one question...."Who's Coasting?" If you are, trust me, this party was DEFINATELY not for you! But still you could've attend, with your sour self.

For those of you that are unfamiliar with the term "coast", let me enlighten you of its meaning. Coast, pronounced "coase" is the action of being stush, angry, or spiteful towards something or someone. So basically ladies, we men use this word alot when referring to the stush ladies in parties that don't want to give a little dance.

M.I Promotions came up with the idea of throwing an event where ""coasting" will be prohibited. Well when I say prohibited I don't mean you'll be escorted out of the venue, but...your stush ways will not be rewarded. The venue was St. John's Ambulance Hall in Port-of-Spain. Now for what its worth, seeing that this was thier first event, the turnout was not all spectacular, neither the arrangement of the venue, but the concept and the vibes were fully present. There were two sections, the "Non-Coasting" section and "The Coasters." I just shook my head at the coasters while they just stood and watched people have a good time. Obviously the non coasting section was the place to be, because of the vibe and here was the concept. Men in attendance were given beads at the entrance. No it wasn't because they showed a lil skin, and no it wasn't because they got some females to show some skin....eventhough I would've liked to see that, but how the beads worked is that the females in attendance had to earn them from the guy. Now I don't know how most of them got so many beads but hey, gotta do what you gotta do, right ladies? 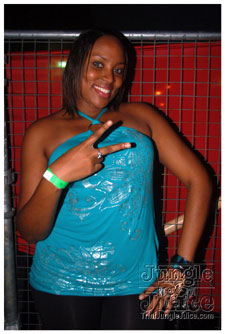 There were also live performances. Makamillion and the millionaire family graced the stage dishing out all their hits from carnival and throughout the year. We couldn't coast for that. The always uplifting and entertaining Isasha then hit the stage. This made some of the coasters change their status, but what brought the venue into an uproar is when the unpredictable and crowd favorite for the past season, Swappi.With beads sharing, ladies dancing, drinks pouring, food eating.....what more would you want? "Doh Coast" on this promoter because beleive me, there is bright future.

Would like to thank the M.I Productions crew for having TJJ cover their first official event. May not have hit as hard as they wanted it to, but props to how organized and how well put together it came across. From here I don't see M.I going anywhere else but up the charts of promotion camps. Keep it up, the Jokey One is pleased.