Back To The Pepper Review

> View Back To The Future Gallery 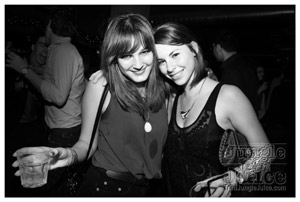 Adopting the "futuristic" idea of 'Back To The Future', Busspepper Promotions held its annual 'november' themed party "Back To The Pepper" and we can safely say that there were loads of "Time-traveling patrons" on a mission tonight: to wine on as much people, drink as much alcohol and throw their hands in the air as many times as they possibly can however duly noting that time is not going backward ... it ticks forward! Once Again it’s just as entertaining as it was last month, or the month before, or the month before ...

Spruced up with a pin-sharp and extremely iconic name (which doesn’t do the real ideology any favours), Back To The Pepper was definitely a classic and legendary event which combined an eccentric venue, broad and definitely brilliant DJ performances all held together by the attractive, sultry and seductive people who brought their stumbling charm with them.

It was described as raunchier than you remember and definitely raunchier than its predecessors, too. At the Gable in moorgate once again, Busspepper brought its usual faces out their homes however, along came some new faces - as a regular attendee for the last however long, it was blatantly observed that there were many new faces present - usually explainable as it is the new school term, and you have many people starting school in October so they have landed on the Queen's Island (Great Britain Is An Island). Nevertheless, you have the usual patrons who glow with unallowed lust as they hear soca/calypso, bearing in mind its a rare occasion in this part of London, that balance this crowd and makes it a fine crowd for the lurking eye. 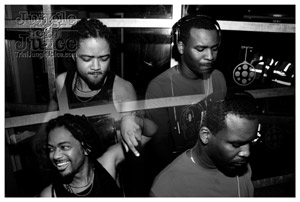 Being a restaurant by day and then a 'club' by night, the Gable brings together the joy of being easily accessible combined with space and some sort of 'glamour' that apparently has Back To The Pepper patrons shouting more, more, we want more, we want more Gable. The verdict is definitely out on this one ...

Now Busspepper has always been known for their food at their parties, and this event was not any different ... bearing that in mind there was indeed food in this event with what looked like the usual menu consisting of quite a few common caribbean delicacies. Quite a few people well enjoyed all the food when they were leaving the venue furthermore, we noticed a couple patrons eating food during the party.
One should notice for this being dubbed a "back to the ..." party ... I did not see anyone wearing retro outfits. Despite all the possible denim that I would have liked to see, the party did not disappoint me with respect to the atmosphere, the music and the just overall vibe. 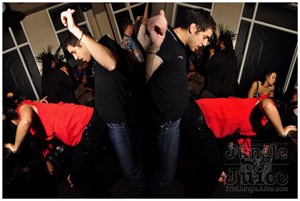 Indeed, I am going to recommend more "back to the 90s & 80s" parties, due to the huge fact that the music around the last 80s and 90s have been tremendously better than those of the last decade! However, do line up the tracks of LMFAO, Rihanna & David Guetta!
Righto, so that was the end of the night and on a good note. We partied until four in the morning!!!! A BIG exciting bram with a BIG exciting finish ... GOTS TO LOVE IT!!!!

Verdict:
Pitch-perfect music, pacing patrons under alcohol and pure eurphoria combined with an astonishing atmosphere conclusively proving it doesn't take too much to create a good party!

>> View Back To The Future Gallery

1 Response to "Back To The Pepper Review"