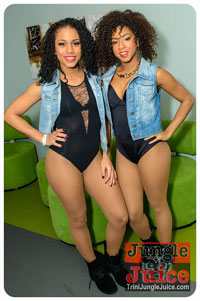 Paris. The city of love. They love gastronomy. They love romance. And on Saturday November 9, 2013 they loved Mr Fete himself.  Headlining the ‘We Love Toubana #onefestival’ Machel, accompanied by DJ Stephen, energized the crowd at Pullman Dock in St Denis, France.

There was a lovely young lady whose demeanour prior to and after Machel’s performance was gracious and calm.  But for the time Machel was on stage forget it. She was possessed! (I eh calling no names, but if you say the initials NVP I might whistle ;))  She wine up, she wine down, she was screaming and turning it all around.

The bill for the night also included French Caribbean acts T-Vice, Saik, Stony and a couple others. I managed to catch some of both Saik and Stony’s performances and they had the crowd going.  Their sets included some zouk (zouk looooooooooove), kizomba  - both suave and sexy baby making music really...yummy yummy for the tummy? – and some upbeat dance numbers that had me moving my waist likkle...ok lots. 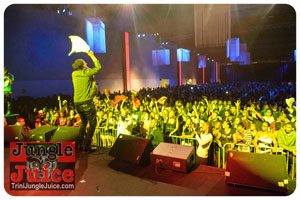 It was now after 2/3 in the morning and someone told me they had been there since 9pm cuz they didn’t want to miss Machel’s performance.  Not only Trinis, Vincys, but folks from Guadelope, Martinique, Dominica, Curacao - there was even a guy from Rwanda. A Berlin contingent was also spotted in da house (shout out to Carnival Fever ENT). Folks from London hopped over, (DJ Tate I see ya), a Dutch Soca Lovers crew came down (if TJJ is everywhere, then they are in everything!), even the current Minister of Youth and Culture of Jamaica, the lovely Lisa Hana, in town for the UNESCO Conference, heard Machel was in the area and came out to support.  Did I mention love? Rallying for the cause - this is love.

And then he appeared. And the energy level went up a notch. Flags came out. Girls screaming. Phones. Pictures. Videos.  At the appropriate time even powder materialized and was thrown all bout.  (Powder Posse apparently have a French charter and taking applications?!?!). 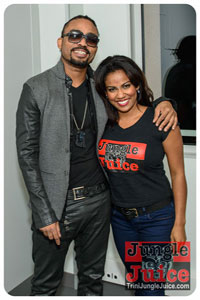 Machel did not disappoint. Energetic, connecting with the audience, encouraging and achieving crowd participation. There was even a brave smallie from St. Martin who came up on stage. If you weren’t there, ask someone who was what happened. Wowow.

All after the show there were French fans making their way back to the dressing room to meet and take pics with ‘Michel’ Montano (he is now officially frenchified ).  Machel really is an ambassador for our culture.  And Europe looks like it ready!

Many thanks to Lorraine who sorted us out. We appreciate it.