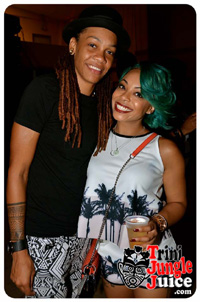 This event was voted the best FREE Drinks party in Miami Carnival for the last 12 years for a reason... Premium FREE Drinks, lots of bartenders, a variety of drink selections... and that's just the bar. Beautiful women donned their best outfits, fellas had on their best gear, a top of the line DJ cast was in the house and a euphoric vibe took over the large venue like nobody's business. Welcome to the 13th Annual Black & White, "Vintage Glamor" edition.

CROWD:
The crowd was straight up beautiful. Lots of gorgeous women and handsome men packed out the Miami-Dade Fairgrounds. They were well dressed and and all had sex appeal.

VENUE & ACCESSIBILITY:
As for the venue, quite a change from last years... a lot bigger and roomier, but still manageable. At times the venue looked a bit too big, but there were no complaints from anyone. 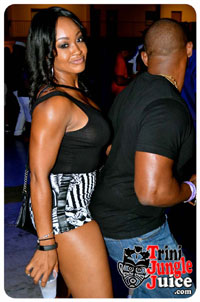 VIBE:
The vibe was very good! The music system from the Sound Rev crew was fantastic. Back to Basics from NY, Majestic from DC, Private Ryan from T&T and Barrie Hype from Miami (just to name a few) were all on deck. And if you know anything about this cast of DJs, you know that the vibe was on point! The crowd remained in a high energy state and Skinny Fabulous and the other artists literally erupted the event!

FOOD & DRINK:
Need I say anything about the drinks? Nope!!! Well yes.... IT WAS FREE! Great value for the money when you consider the premium drinks available. As for the food, not too bad either. I had some Jerk chicken that was A+ in my books.

SERVICE:
We must congratulate the promoters, Isle of Rhumb, for hosting another stellar event. The Barcadi shots as you entered was a nice touch.

We had a fantastic time at Black and White 2014. Everything worked in sync with each other to make this event a success over the years. Looking forward to 2015 already ... Ah Feelin Ah Feelin!