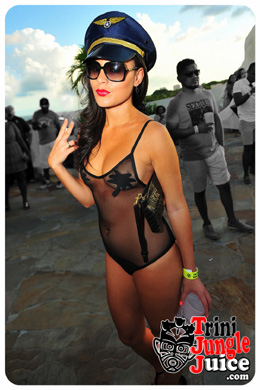 We all know Carnival is big business & it’s getting more expensive every year.

A Plane ticket, Lodging, Costume, Fete tickets, and Transportation, you know - just “the basics”, can cost as much as buying a car.
We hear the commercials encouraging people to take loans to afford Carnival, smh on that altogether.

So, how do we make it more affordable to attend Carnival?

....How about getting rid of the biggest expenses, your plane ticket?

If you live in TnT and think this doesn’t apply to you ....it does if you’re planning on doing the 2, 3 or more Carnivals this year and hitting Bacchanal Jamaica, Cropover, Grenada, Miami, or any other Carnival. And for all those flying through a major hub – this one is for you.

Clearly, prices will vary depending on where you live & which carrier dominates in your area but 1st things 1st ....sign up for the frequent flyer programs of the major carriers for your area & those that fly to your desired location if you go to the same places again and again.

I currently live in Atlanta – which is dominated by Delta, but I want to get to Carnival throughout the Caribbean so I need American Airlines too since they have more service across the islands.  It made sense I’m in both frequent flyer programs.

As soon as I got to college I got a credit card connected to American Airlines reward so when I was on break and flew home to Anguilla, BWI I’d get 1 free flight home once every 3 flights.  This happened from the combo of miles earned by the 2 purchased flights, plus purchases at school I’d put all on that 1 credit card & pay it off in full at the end of the month.  So even if I had cash, I’d charge it to get points & immediately pay it off.... Because credit card debt will spiral and make you lose more money & not be able to afford going to Carnival even more = no bueno…. So pay that ish off in full every month.

3 years in a row now I’ve been able to travel to Trinidad for Carnival on points. Round-trip tickets ATL to POS for Carnival routinely start in the high $800’s US and usually get up to well over $1,200 US.

I throw every possible business & personal expense on my credit cards (keep receipts if you are trying to get reimbursed by your employer for business travel or expenses) and pay off the balances in full every month so the CC companies aren’t making any interest on me, especially since it compounds...... I also didn’t pay to fly to Bacchanal Jamaica last year because I was able to use points on that one too.

But what if you don’t have a million personal & business expenses you can through on a CC connected to a frequent flyer program?

....It’s time to get BUMPED and earn vouchers (you just have to fly in the next year – which means next year’s flight to Carnival is FREE), so let’s increase the chances of you being able to make this happen & help you earn yourself a free plane ticket (or 2).

When you’re booking your ticket either purchase flight times that display “only 1”/“only 2” tickets left OR pick peak travel times that run through a major hub – i.e. days right before or after Carnival – coming in Thursday or Friday before Carnival Monday/Tuesday. (Go ahead and check the difference no between prices flying in Wednesday vs Friday – it’s amazing how many hundreds US different the prices are anywhere from 3-5 months out in these two days because the Friday flight is in higher demand) – when the tickets/seats are in more demand you’re more likely to get bumped & make that $$.

If you fly from a lot of locations in the US outside of Florida, New York or DC (all 3 have a good amount of direct flights to POS) you have a decent chance of having a connecting flight through Miami in order to get to the islands and I say do it!  Some see it as a pain & others who know the game know this means you’ve got a good chance of getting bumped and making $$$.

If you’re flying in to POS say Thursday or later leading up to Carnival Monday/Tuesday (even sometimes Wednesday afternoon are ram) ….chances are your plane is severely overbooked – volunteer when you check-in online to get bumped & then go to the airport early and get to your gate and pleasantly remind them once again you’d like to volunteer to be bumped (always be nice...it gets you more $ in the form of vouchers, meal comps, drink tickets, etc.) – plus keep it real….yuh warming up your flirtin muscles for dem fetes, it’s second nature – make the gate agents feel appreciated, but don’t overdo it ....be easy eh.

Once you’re bumped the standard move is they’ll put you on the very next flight to your destination (depending the island that means the following day….but you might get lucky and it just means leaving later the same day & losing only ½ day).

Last year I had this option, instead of the Wednesday late afternoon flight I was scheduled to arrive on near midnight, I could have taken the voucher for the flight the next morning and arrived mid-afternoon Thursday.

I’m a Carnival Junkie and don’t make rational decisions when it comes time for Carnival.  I wasn’t willing to take the $1,000 voucher because that would have meant I missed starting off my Carnival just as I’d dreamt about it for months on end. After months of being stuck in de freezin cold & ice – I said – AMBeach nah missin meh! ... Hell, I had cash ready to bribe another passenger to switch with me if I’d gotten involuntarily bumped.

I knew I had to get meh feet in de sand, step into de water as de sun come up, watchin Bunji and Fay-Ann & den Machel perform on stage - woooiiiii .... I wanted an EPIC 1st Fete after 4 months since Miami Carnival and 360+ days since last TnT Carnival and wasn’t gonna be denied! (fellow Carnival Junkies know exactly what I'm talkin about - we're in whatsapp group, fb groups, calling friends to discuss/analyze fete plans & dream about it all for months on end).  I also would have landed and cleared customs & had to bring all my luggage with me to Beach House & probably miss 2 hrs in the process. 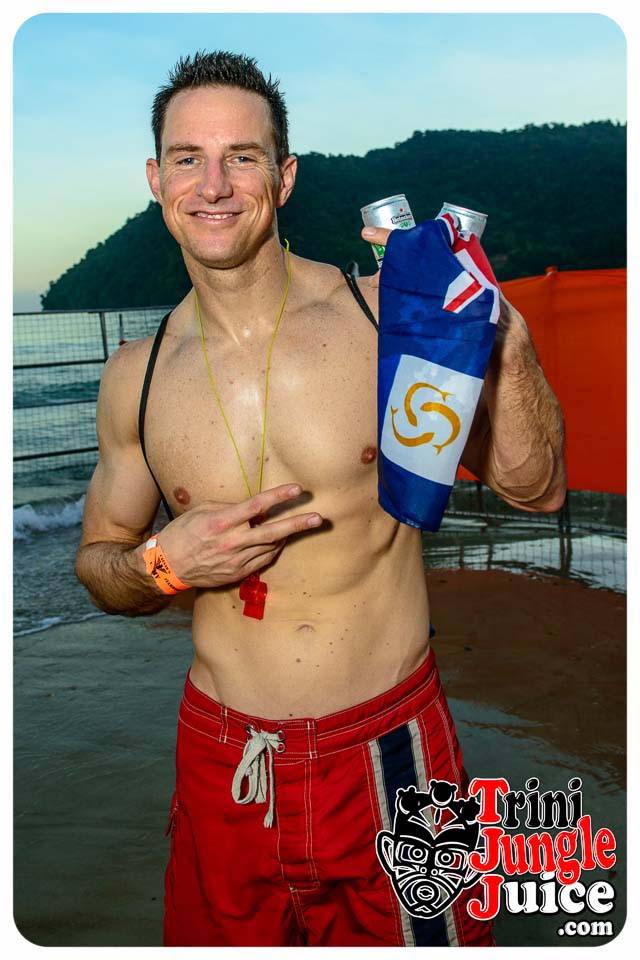 See, and what you’re banking on is that type of Carnival Junkie mindset & has held on to dream I just described to be on your flight ....it’s an addiction & we make decisions that rarely focus on just the $$ - you being financially responsible/ having a mindset of being flexible – either willing to skip 1 fete or plan in a buffer time – you won’t mind immediately volunteering ....and the longer it takes the rest of us Soca Junkies to finally agree  & someone be willing to volunteer,  the more the airlines have to offer as a comp voucher to you for giving up your seat .... which is why the vouchers get up over $1,000 US.

I probably could have sold my AMBeach ticket if I’d taken the voucher, but even if I hadn’t I still would have had a net gain of nearly $900 US (….and I wanted to enjoy every minute of Beach House by being in before a mid-afternoon flight, with fete ticket prices what they are I making sure I get meh fill of top shelf rum, Johnnie, & plenty plates of premium food, eh ....it’s a beautiful experience & some of us take the indulgences to an extreme because Jah knows anything you want is being served).

And if you book once again for the premium times right after Carnival …say afternoon flights on Ash Wednesday --- they once again are offering airline vouchers – it is usually another $1,000 US.

Just by being willing to be a bit flexible with your schedule, either skipping 1 fete and/or  planning on going back to work 1 day later you can make $2,000 US! And the bonus being giving yourself a chance to recover or maybe calling in sick (…..shouldn’t be too hard to explain since yuh gonna have Tabanca & yuh probably half-dead from all de fetes & road march with no sleep and lost yuh voice eh).

Yuh think it only happen on TnT? ....Think again, Tuesday afternoon following Grand Kadooment in BIM, mid-day Monday after de Road March in JA ....simple law of supply & demand – be willing to be flexible & you’ll have more than enough to pay for your next Carnival plane ticket(s).

Stack them vouchers & see you on de road at your next Carnival where you gonna have a little something extra to celebrate while you Play Mas, you can celebrate Life  ... & your free flights!