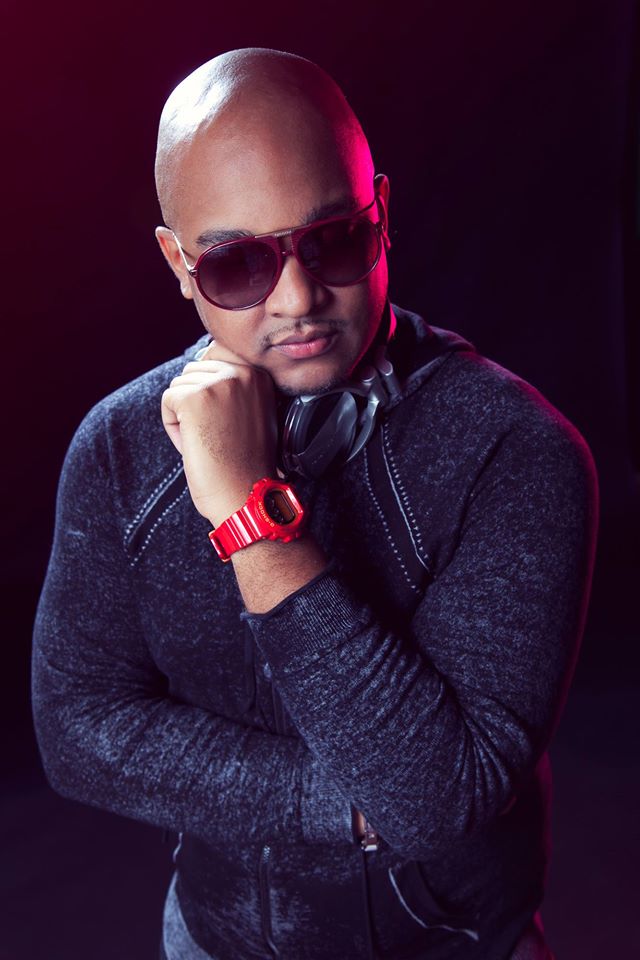 Have you ever met someone who truly has passion for his craft & it immediately becomes clear why he is among the best ever at what he does ....well that happened when I sat down and listened to DJ Private Ryan explain the nuances of how he sees, feels, and breathes music.

I’ve met Ryan a number of times and exchanged small talk, but this was something special .... I just got to listen as he peeled back the curtain, and I saw what makes his show come together so flawlessly.

It was beautiful to hear the energy and intention with which he speaks about music, artistic expression, and seamless transitions of rhythms. What I’ve come to appreciate the more our paths cross is how down to earth Ryan is, despite the demands for his time. All the while he’s constantly in a state of motion, pushing forward, observing his surroundings, analyzing possibilities, and stepping forward with action.

DJ Private Ryan has evolved both as an artist and a businessman.  There are few DJ’s who truly can read the pulse of a crowd as well as Ryan, bringing people to a euphoric state.  Amazingly, he can do it without ever touching a mic to hype a crowd – he’s able to speak to a crowd by effortlessly matching beats/pulses.

DJ Private Ryan has also branched out with his first franchise of fetes that speak directly to what he’s known for .... bringing pure vibes through music & washing people's stress away. Clearly this is evident with Soca Brainwash’ popularity in Trinidad, Barbados, and Miami .... the demand being so high that SBW TT 2016 sold out online literally in a matter of minutes.

For all those that have come to know, follow, and lose themselves in DJ Private Ryan’s mixes – whether online, on the radio, in a fete or on de road – here’s your chance to learn a bit more about DJ Private Ryan, just step Behind De Turntables: 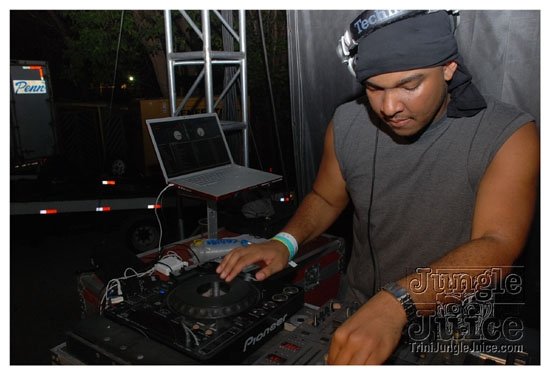 What’s something people would be surprised to know about you away from the turntables?

I can draw, I’m a true artist.  I have a marketing & business degree FIU (Florida International University).

At what age & how did you get started as a DJ?

I’ve always been in music. At 7 years old I would play with my father’s records, then I became fascinated with how to mix & seamlessly flow music together. Professionally, I was DJ’ing in clubs in Trinidad at 15 years old. It’s been a long time.

When did it hit you that you’d “really made it” internationally?

I still don’t think I’ve made internationally yet. I’m on a journey, but I won’t say I’ve made it until I’ve reached full potential, but what is full potential? ....I could have thought I’d made it but there’s still so much more to do than just DJ.  I’m now in Production and Merchandising, very much still a work in progress.

“The Journey” by Tambu or maybe “Hello” by Blue Boy. He was my father’s hero. It was all my father’s music that first got me.

What fete or road march sticks out as a surprise to you that was better than you ever expected?

Berlin road march. It was interesting to see how people halfway across the world have embraced Soca wholeheartedly & sing it word for word ....a whole other level of appreciation for Soca, some appreciating more than Trini’s because they hardly have a chance to experience it.

When you’re not listening to/playing Soca, what do you like to listen to as an outlet right now?

I listen to a lot of different things, it just all depends on my mood – 80’s , hip-hop, dancehall, African, R&B and more. See I may be known as a Soca DJ and I definitely do those bookings around the globe, but I’ll cover far more genres & it’s about interpreting the vibe of the crowd and blending music seamlessly ....That’s why I’m known as the most versatile DJ in the world.

If you weren’t a DJ, what would you be doing?

I’d be doing Marketing. I’m fascinated by strategy & the opportunity to create a vision and then strategically developing it into a clear plan.  But honestly, I couldn’t imagine being outside of music.

Besides the Mecca that is Trinidad Carnival – which Carnival(s) do you look forward to & why?

I really enjoy Jamaica Carnival. It’s smaller, newer in the scope of Carnivals. People are welcoming & embracing it. It’s liberating; it’s not as big, but it’s just as fun.  Fete wise....all countries & cities are stepping up a lot – just look at Miami, Barbados and the Bahamas.

Where do you see the evolution of Soca going to next?

Right now it’s in a very experimental phase where fusion is happening. Pop & Afro beats are being infused, but then it will cycle back to basics & more live instrumentation.  The sound has changed and evolved, but it will also go back to its roots at some point.  When that is, I’m not sure, but I know it will happen.

How are you using social media to interact with your fanbase?

I utilize all outlets – IG, Periscope, Snapchat, Twitter & Facebook – all DJ Private Ryan.  My website is www.DJPrivateRyanMusic.com & on Soundcloud as well at DJ Private Ryan. Soon I’m going to be creating new music that will be featured on my website.  There are new events & franchises besides Soca Brainwash soon to be launched & announced on my accounts.

What’s the craziest thing a fan has done/said to you in a fete or on de road?

A woman came up to me and told me she knew we are soulmates & wanted to become my wife.... I had never her met before.

If there was an element of Carnival from your childhood that you could bring back to the forefront now, what would it be?

I’d bring back spectators.  Mas was so fun to just watch and see what people creatively brought to de road.  The artistry was amazing.  As much as there were Mas players, it used to be just as many spectators on the roads to watch & people got to be on full display for the crowds; there’s something special about that.  To go hand in hand with that, I wish there was more a balance of groovy & power Soca. Right now it feels like people are trying to focus more on crossover hits than sticking to its’ roots.

Where do you see yourself in 5 years?

I don’t know where I’ll be in 5 – never could predict where I am now – I work passionately & want to instill a special experience. I'll continue to work hard at it on this journey. Wherever I am, it will hopefully be a path to a great legacy. 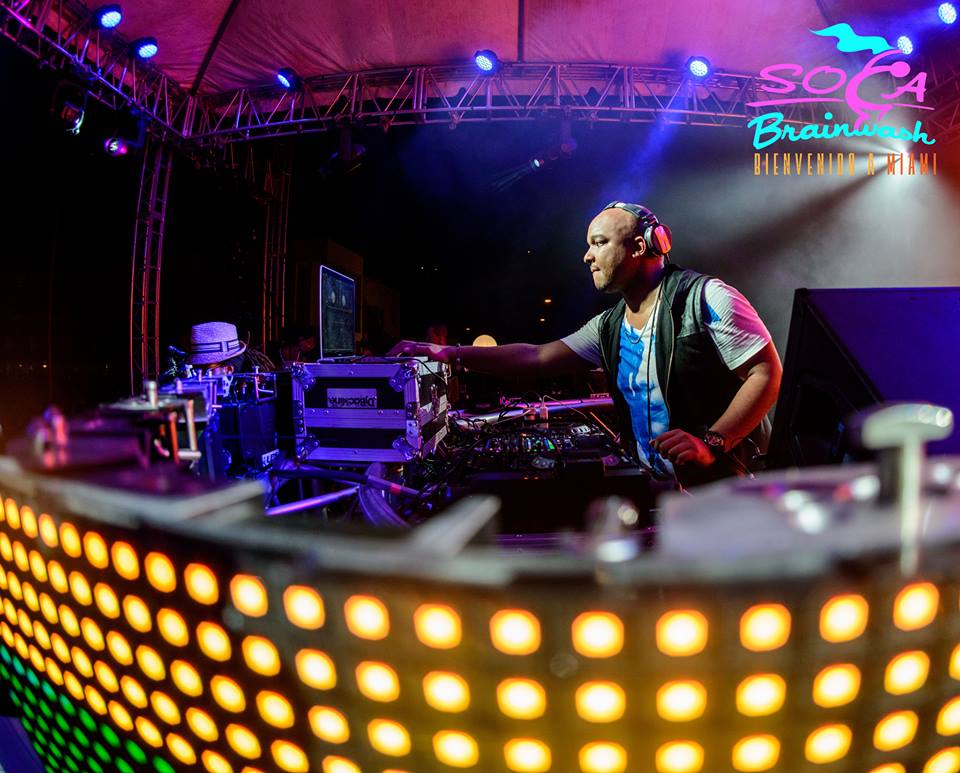 DJ Private Ryan’s expertise, drive, and visionary ability is enabling him to move beyond being one of the most sought after DJ’s from the Caribbean to being a man in charge of an empire, taking the celebration of Soca music to a whole new level & locations never reached before …… and thankfully we’re all invited to go along for the ride.

This article is part 2 of a 2 part series. Other articles in this series are shown below: