As Soca has become more of a global phenomenon it's not just the artists creating the music that have helped impact spreading the culture, the DJ's have become a mainstay circling the globe - mixing music, serving as Soca Ambassadors & masterfully reading the pulse in fetes and elevating vibes. It's time to learn a bit more about these International Renowned DJ's by going behind de turntables.....

DJ Richie R.A.S. comes from the land of Wood & Water, the home of Reggae & Dancehall yet has walked his own path to become the premiere Soca DJ leading the way in Jamaica.  As Trinidad Carnival season is now officially over (don't worry blink your eyes and it'll be band launch season once again) we turn our attention to the next big International Carnival ....... it's time to get ready for Jamaica & the man you'll see spinning at fete after fete after fete. 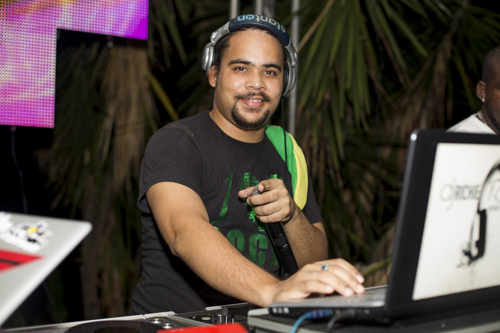 How did you as a Jamaican DJ step out of Dancehall and Reggae & get into the world of Soca?

Well I grew up in the days of the late Byron Lee, and my family, especially my Aunts, were always taking me to the kiddies fetes, and then when I was old enough to the various mas camp fetes. So though not from the Eastern Caribbean, as a Jamaican I grew up with a level of Soca influence in my life.

Like every other DJ in Jamaica, Dancehall & Reggae were the genres I learnt to juggle first; but as I developed my brand and started travelling, I saw where I was in a position to appeal to a wider audience by breaking the stereotypical mold of a "Jamaican DJ".  Much respect is due to Dawg E Slaughter from X-Caliber Sound, because he played the role of host and teacher to me when I made my first trip to Trinidad for Carnival.

At what age & how did you get started as a DJ?

I started DJing in high school at 13 years old.

What does the Soca scene look like in Jamaica right now & what have been the progress over the last 5-10 years?

The only way I can describe our scene right now is LIVE. Over the last 5 years there has been great movement within the market, we have had the re-introduction of our Carnival Week, which starts from Easter Weekend in Ocho Rios, and continues in Kingston from Easter Monday to the following Sunday/ Carnival Sunday.

Separate from DJing I also have two events that I put on during that time. "Dusk", which is held on Easter Monday in Beverly Hills, and is a staple of the week, and "GLOW" on Carnival Saturday. (Shameless plugs lol). Our fetes are on the level where they can be compared with fetes in other island, and arguably, we may not have one of the largest, but we do have one of the sweetest carnivals. Just ask Carnival Mike ;- )

What fete or road march sticks out as a surprise to you that was better than you ever expected?

My first Kadooment was a big surprise. When I heard about the short time on the road I was skeptical. But then I learnt the meaning of "Intense Wuk"

When you’re not listening to/playing Soca, what do you like to listen to as an outlet right now?

I spend most of time in loud upbeat environments, so I honestly sit in silence alot.  But when I do play something for myself, its normally either Reggae or some Tupac.

If you weren’t a DJ what would you be doing?

That's kind of a weird question for me, since I'm not only a DJ. I recently resigned from a full time job with a large local company, and have now taken over operations for The Deck (a popular bar/ restaurant/ club in Kingston).  So if I wasn't DJing, I would still be operating The Deck, still hosting/ promoting my events (Dusk, GLOW, Haunted, aFloat & Jump Start), and I would most likely find something else to fill that void/ extra time.

Yes, I am work-a-holic 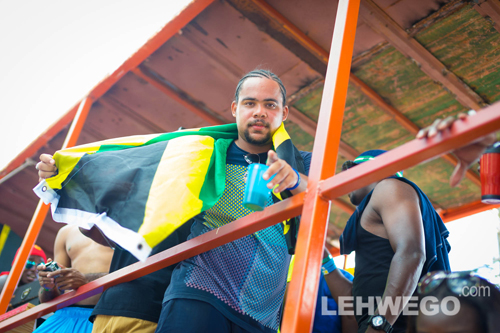 Besides the Mecca that is Trinidad Carnival – which Carnival(s) do you look forward to & why?

Crop Over.  Sweet vibes similar to Trinidad, with Bashment Soca that has an oh so familiar sound to Dancehall, and less traffic. So when I'm not on stage working, there is less rushing to get to the next event and more time to enjoy.

Where do you see the evolution of Soca going to next?

It's difficult for me to say where the evolution will go, I just know that the market will continue to grow.  Right now I see it in a steady state of expansion across borders.  Even here in Jamaica it's appeal has been widening beyond the usual demographic.  I would say though that there are a number of young artistes that people need to keep their eyes and ears open for, because they will be a major part of Soca's evolution.

How are you using social media to interact with your fanbase?

I use them to keep my people updated as to what's happening with me. Events I'll be performing at, or just any randomness that may occur in my life, as well as, some humor. My only challenge is consistently finding time to manage all platforms because I'm involved in so many other projects, but I'll have that sorted soon.

What’s the craziest thing a fan has done/said to you in a fete or on de road?

Requested my sperm in a bottle

If there was an element of Carnival from your childhood that you could bring back to the forefront now, what would it be?

Where do you see yourself in 5 years?

I honestly don't have a 5 year plan. I see my situation now and know what I need to do as DJ Brand, as a Jamaican Ambassador of Culture, and as a Businessman. All I can say is that I'll continue to bring good vibes locally and internationally, and I will continue to expand my reach, representing not just Jamaica, but the Caribbean.

What would you like people to know that we haven’t asked you yet?

On all platforms search "djrichieras" or "dj richie ras"

Finally, visit Jamaica for Carnival, and link me up to buy your Dusk (Easter Monday) tickets.